Turkish FM: Tensions between Iraq and Turkey over 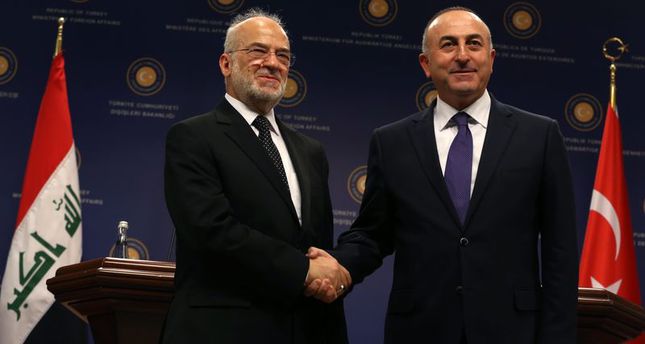 In a televised interview, Çavuşoğlu spoke about how the situation was tense during ousted Iraqi Prime Minister Nouri al-Maliki's tenure. "Every little thing turned into an issue and a problem during Maliki's term," he said.

"Maliki's government always saw issues from a religious divide point of view," the foreign minister said. "We had already mentioned that four years ago, but finally everybody saw the reality," he added.

The former Iraqi premier and his government were widely criticized for discrimination on ethnic and religious grounds.

"Now that the tensions between Turkey and Iraq are over, we will accelerate our relations in every possible way," he said.

Çavuşoğlu also praised Iraqi Prime Minister Haider al-Abadi's government and said the new set up was inclusive with Kurdish, Turkmen, Sunni, Shia and Arabic representation. "That is the way it should be," he added.

The Turkish foreign minister also appreciated a new deal between the government in Baghdad and the Kurdish Regional Government in Irbil on December 2.

"We want Iraq's unity and its revenues to be equally distributed among its people," Çavuşoğlu said. "We are going to work with Iraq in the upcoming term and will hopefully boost the trade volume from $12 billion to $30 billion in the future," he added.

According to the agreement reached between al-Abadi and Kurdish Regional Government's Prime Minister Nechirvan Barzani, the Kurdish government will provide at least 250,000 barrels of crude oil per day to the federal government for export.

The deal also allows for the export of 300,000 barrels per day by the federal government from the Kirkuk oil fields through the oil pipeline in the Kurdish region.

Çavuşoğlu also mentioned that Turkey would provide assistance in training of Iraq's security forces to deal with the self-proclaimed Islamic State of Iraq and Sham (ISIS).

"Unfortunately, Maliki's forces abandoned Mosul to ISIS and left weapons behind," Çavuşoğlu said. "ISIS is our common enemy and we will cooperate against it," he added.
Last Update: Dec 26, 2014 9:32 am
RELATED TOPICS