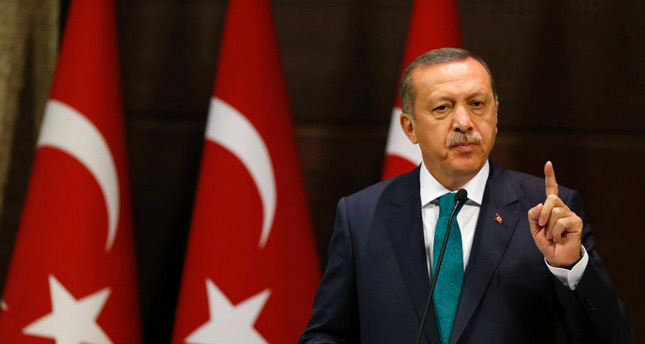 by Daily Sabah Dec 26, 2014 12:00 am
According to a survey conducted by the Ankara-based Objective Research Center (ORC), 49.4 percent of surveyed individuals would vote for the Justice and Development Party (AK Party) if there was a national election this Sunday while 23 percent would vote for the main opposition Republican People's Party (CHP), 13.1 percent for the Nationalist Movement Party (MHP) and 7.9 percent for the pro-Kurdish Peoples' Democratic Party (HDP).

With only months left for the 2015 national election – which will see the AK Party running in the election under the direction of its new chairman, current Prime Minister Ahmet Davutoğlu, who took the post after Recep Tayyip Erdoğan was elected president by a direct vote – surveys have begun to occupying the country's agenda once again.

When the poll asked to what extent the surveyed individuals approve of Erdoğan's presidential tenure, 57.4 percent said that they approve while 37 percent disapproved and 5.6 percent refrained from commenting.

Erdoğan became president on August 10 after winning 51.7 percent of the votes in the presidential election. He ran against the joint CHP-MHP presidential candidate Ekmeleddin İhsanoğlu who served as the head of the Organization of Islamic Cooperation, and against the pro-Kurdish HDP candidate and party leader Selahattin Demirtaş who is a renowned figure among the Kurdish population. According to the poll, 50.5 percent of those surveyed approve of Davutoğlu's actions as prime minister while 44.2 percent disapprove and 5.3 percent of surveyed people refrained from commenting.

The reconciliation process began when a cease-fire was signed between the Turkish government and the PKK, followed by a series of democratic reforms to improve the rights of Turkey's Kurdish population.