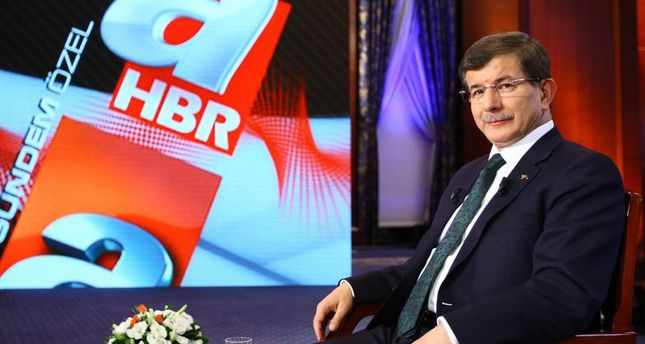 by AA Dec 26, 2014 12:00 am
Turkish Prime Minister Ahmet Davutoğlu said Friday negotiations with all stakeholders in the reconciliation process to solve the Kurdish issue were gaining momentum.

In a late night interview on private TV channel A Haber, Davutoğlu said "direct negotiations have continued since December 2012 without interruption in an effort to put the process through."

The government launched the reconciliation process last year with the aim of securing an end to the decades-long conflict with the PKK, which so far claimed the lives of more than 40,000 people in Turkey.

Davutoğlu said that the reconciliation process was moving forward more quickly since 2013 towards a concrete target and was still continuing on its natural course despite October's deadly Kobani protests in Turkey.

The Turkish premier said that his government needed to see the goodwill and determination of the pro-Kurdish party, and other stakeholders to enable the PKK to lay down their arms.

"We want to see this will; political demands in Turkey will no longer be made through the language and method of violence. We want them to declare this has come to an end," he said.

Davutoğlu maintained that the reconcilition process must be handled from now on within a framework where violence was completely abandoned.

In response to a question, the prime minister said the issue of general amnesty was not discussed and it was not on the government's agenda.

He reiterated his belief that the reconciliation process could be finalized before Turkey's June 2015 parliamentary elections.

During his remarks before he left for official talks in Macedonia on December 22, Turkish premier said "We are happy to observe that a positive milieu is emerging where the reconciliation process is now back on track."

"It is a process during which we have made it through major hurdles and proceeded to key phases as we walked with determination," he added.
The PKK is listed as a terrorist organization by Turkey, the U.S. and the European Union.

The pro-Kurdish street protests in Turkey began on Oct. 6 and 7 over fighting in Syria's Kurdish town of Kobani, close to Turkey's southern border, that threatened to cast a shadow on the reconciliation process.

Dozens of people, including two policemen were killed as several protesters took to the streets across the country upon a call from the pro-Kurdish Peoples' Democracy Party or the HDP.

The protesters had blamed the Turkish government for allegedly doing nothing to halt the advance of ISIS militants pouring into the Turkish-Syrian border town of Kobani.
Last Update: Dec 26, 2014 11:33 pm
RELATED TOPICS