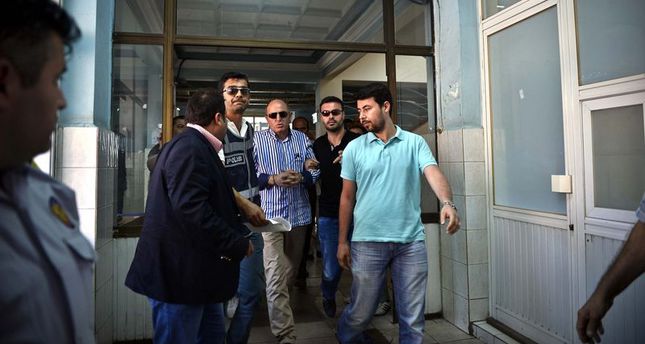 by Daily Sabah Dec 28, 2014 12:00 am
Five former police chiefs, including Ali Fuat Yılmazer and Yurt Atayün, who are allegedly affiliated with the Gülen Movement, were arrested on Saturday as part of the Tahşiye operation.

The suspects, who were already imprisoned for alleged illegal wiretapping activities, were transferred to Silivri Prison following the issuance of the arrest warrant.

It was reported that the suspects were also detained on July 22 as part of a case involving political and military espionage and unlawful wiretapping.

The December 14 Tahşiye operation was carried out into members of the Gülen Movement for conducting criminal activities by fabricating evidence and spreading disinformation, which has resulted in the imprisonment of a number of people from the so-called Tahşiye group, which ideologically opposed the movement.

The operation was the result of complaints filed against the Gülen Movement by several individuals from the Tahşiye group, which was allegedly victimized by the movement. The prosecutors, who handled this case, conducted an investigation and found that the complaints had merit and that the evidence against the Gülen Movwement's rival was forged as part of a concerted campaign with the cooperation of police and Gülen Movement-affiliated media outlets.