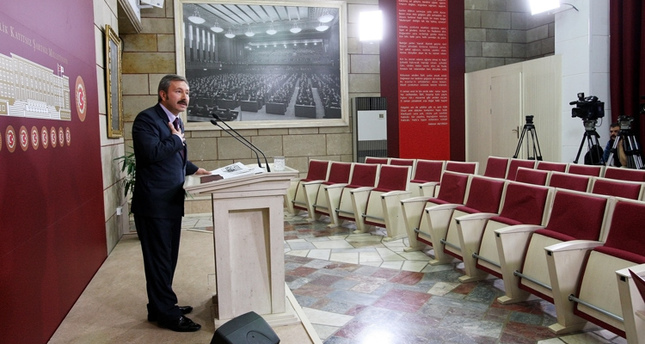 by Daily Sabah Dec 30, 2014 12:00 am
Former Justice and Development Party (AK Party) deputy Idris Bal, who is affiliated with the Gülen movement and has recently formed the ' Democratic Development Party', held a press conference on Monday attended by only three media staffers.

"We have made remarkable progress," Bal was quoted as saying during the conference.

Gülenist deputy, Bal, who parted ways with the AK Party following the December 17 and December 25 operations, which allegedly aimed to topple the government, has established a new political party called the Democratic Development Party.

President Recep Tayyip Erdoğan previously expressed his thoughts about the Gülen Movement's proposed establishment of a new political party after Bal tipped off media outlets about it. In response to a journalist's question, Erdoğan had said that the decision to form a political party that will allegedly consist of Gülenist members was well founded, as the move, he said, will reveal their place in politics and how many supporters they have.

"They consider themselves as a legendary power constantly reiterating 'we have a large number of supporters.' We have to see if what they claim is true. It is beneficial to encourage such things" Erdoğan was quoted as saying.