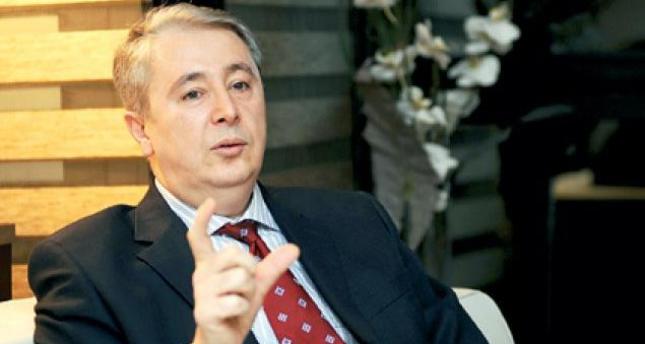 As Turkish politics bids farewell to 2014, İbrahim Uslu, the head of the pollster ANAR, claimed that there would be no change in the AK Party’s voting rate in the upcoming national elections

İbrahİm Uslu, the head of pollster ANAR, speaking to Sabah daily, said that in the first quarter of the year the main agenda of the country will inevitably be the national elections. He claimed that while the government will lean toward the reconciliation process and combatting the Gülen Movement, opposition parties will continue with allegations regarding the Dec. 17 and Dec. 25 operations and claims that President Recep Tayyip Erdoğan is an authoritarian leader.

"The opposition will place these allegations in the center of their politics," he said.

Regarding the national elections, Uslu said that the political balance is the same as it was in the 2011 national elections and added that according to an ANAR poll, support for Prime Minister Ahmet Davutoğlu is around 47 percent to 49 percent.

"With the exception of Gülen Movement followers, citizens' support for the AK Party [Justice and Development Party] continues as it has been. The most significant factor that may change this current support is the economy, so if the government can stabilize the economy, there won't be another risk," Uslu said.

Uslu asserted that if the main opposition Republican People's Party (CHP) receives the same percentage of votes as previous elections, a heated debate may arise within the party for a change in leadership and it could turn into a huge internal feud between neo-nationalist members within the CHP and the administration.

"The CHP should transform its 'ideological' formation to increase its votes," he added.

The ANAR head asserted that the Gülen Movement, which allegedly infiltrated key governmental institutions with an aim to topple the government would face many probes into the movement as part of crimes including eavesdropping, treason and being an armed terrorist organization.

"The government has been in an era of power since the Gezi Park demonstrations, but the Gülen Movement continues to lose blood. They are in their weakest state since the beginning of the process," Uslu said, predicting what the political atmosphere will be like in 2015.

The Gülen Movement, led by Fethullah Gülen, who lives in self-imposed exile in the U.S., is deemed a national threat to the state by the government, which accuses it of wiretapping thousands of individuals, including senior government officials and allegedly infiltrating state institutions to overthrow the government.

In reference to the 76 deputies who will not be able to run for the 2015 national elections due to the party's three-term rule preventing the same deputy to run for more than three terms, Uslu said that this will not create any problem for the AK Party since it goes through a change in each election period.

"[The party] changed 60 percent of its deputies in the 2007 and 2011 elections. There is no rational reason for waiting for a crackdown in the party in the 2015 election as it has not seen such a thing in previous elections," Uslu claimed, adding that some parties are aware that they will see defeat at the ballot box, which is why they make such allegations.

"The newly established parties move with the assumption that there is a need for a fresh party in Turkish politics and they thought that the voters in Turkey are tired and are looking for a new party that may meet their expectations, but this is wrong," Uslu claimed.