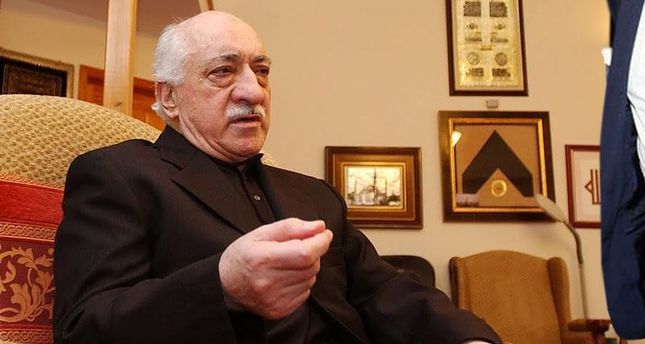 by Sena Alkan Dec 31, 2014 12:00 am
As the first official step was taken by a Turkish court to have a Red Notice issued for Fethullah Gülen, the head of the Gülen Movement, which is accused of infiltrating key state institutions to allegedly overthrow the government, the U.S. decision over what his extradition will be is currently being discussed in Turkey.

Over the weekend, the Council of State found that the decision by the Erzurum province governorate to cancel Fethullah Gülen's green passport was justified.

The Council of State said: "In order to obtain a green passport, Gülen gave false information and misled government officials." Gülen has now become an illegal immigrant with no passport in the U.S. where he currently resides.

According to the Council of State, Gülen gave false information on his retirement in order to receive a green passport. His misinformation paved the way for the passport, which would not otherwise have been possible.

In 1998, Gülen left Turkey for the U.S., reportedly to receive medical treatment for diabetes. Gülen's application to obtain a green card was refused by the U.S. Citizenship and Immigration Service in 2008. The department contended that Gülen did not meet the definition of an "alien of extraordinary ability" with which he petitioned the department to grant him permanent residency in the country. Gülen brought a lawsuit against Michael Chertoff, then secretary of Homeland Security in a federal court in eastern Pennsylvania. Later, with 29 letters of reference that he filed with his motion from theologians and some politicians linked with the movement, Gülen managed to obtain a green card when the judge ruled in his favor.

The verdict of the Council of State raised questions in Turkey on whether Gülen's green card would be cancelled and if he were to be arrested by U.S. authorities for providing false information to the U.S.