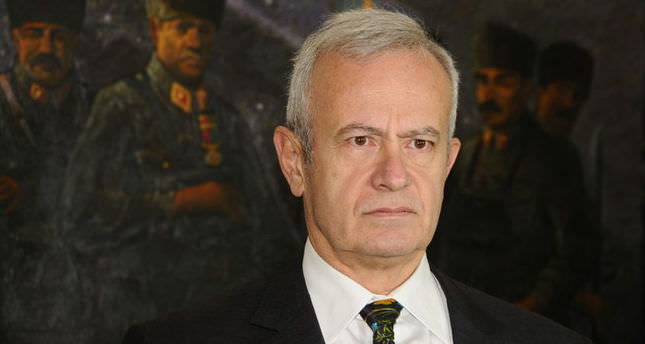 by Nurbanu Kızıl Jan 02, 2015 12:00 am
Internal conflict within Turkey's main opposition party, CHP, has been brought to judicial authorities. The Counter-Terrorism Department within the Public Prosecutor of Istanbul has launched a probe on its own motion to investigate Nazlı İnönü's - the wife of Şişli's mayor Hayri İnönü - claims about Şişli's former mayor Mustafa Sarıgül, who allegedly threatened İnönü and his family by intimidation through a mafia.

The probe was launched following an interview with Nazlı İnönü which took place on December 18, in which she claimed Mustafa Sarıgül has threatened her family with the mafia if her husband did not resign from his position as the mayor of Şişli, a municipality recognized as the fortress of the opposition CHP. Mr. and Mrs. İnönü were called in by the prosecutor on Wednesday to give testimony about the incident.

According to Hayri İnönü, Sarıgül and his son, who served as the deputy mayor of Şişli prior to the crises, have threatened him. İnönü claimed Sarıgül had said that 'nobody will be able to find their corpses or bones when the two met on November 5'. The meeting was arranged by CHP Deputy Aydın Ayaydın, who failed to show up.

"You cost me an arm and a leg" Sarıgül allegedly said according to İnönü, adding that he has hired a mafia team in New York for $750,000 to destroy İnönü and his family. İnönü indicated that Sarıgül had shown him the address of his children's Detroit-based business, which led him to believe that Sarıgül was closely watching him and his family. Sarıgül then ordered İnönü to write a resignation letter and sign it, according to İnönü, who asked to resign after December 27, following his son's wedding, which was accepted by Sarıgül.

Referring to İhsan Özkeş, CHP's Istanbul Deputy who served as a mediator in the conflict, İnönü stated that he burnt the resignation letter when the latter submitted it.

In response to the allegations, Mustafa Sarıgül, who was the mayor of Şişli from 1999 to 2014, has stated that they are unfounded and denied being involved in such threats. He noted that his lawyer has taken the necessary legal action about the aforementioned interview to protect Sarıgül's rights. "I will not be silent over defamation accusations and will give the necessary response before the law" said Sarıgül, who claimed the İnönüs were trying to launch an attrition campaign against him.

"Since the day I rejoined the CHP, some circles within the party have launched a lynch campaign against me" he said, adding that he has worked with Hayri İnönü for five years and has never had any problems with him. Sarıgül expressed his dismay about the incident and said it was unacceptable to be unfairly attacked by fellow members from his own party.

Mustafa Sarıgül's son Emir Sarıgül, who served as the deputy mayor of Şişli before the crisis erupted, resigned in December. The resignation came following a shuffle in the municipal administration by Hayri İnönü, which removed Sarıgül's administrative powers.

Uğur Erhan Dinçer, a lawyer from Ankara, has been assigned to Emir Sarıgül's position on Friday. His scope of authority reportedly includes the prerogative to refer incidents to the commission, the municipal police, financial services, foreign affairs directorate, cultural and social affairs directorate, social aid directorate and more.

The conflict in Şişli municipality erupted when Emir Sarıgül moved the municipal headquarters to a building in Okmeydanı district. Hayri İnönü claimed he was denied entry to the new headquarters, which was interpreted by many as a move to establish a coup d'etat in Şişli by Mustafa Sarıgül to take over.

CHP's chairman Kemal Kılıçdaroğlu had assigned Istanbul Deputy İhsan Özkeş to act as a mediator to resolve the issue in Şişli but the attempts failed. The issue was also discussed at party meetings and Hayri İnönü was accused of being incompetent to rule Şişli by some members.

Party dissidents claim Kılıçdaroğlu is attempting to eliminate all opponents who may potentially pose a risk to his position and establish unquestioned authority over the party. Mustafa Sarıgül, who ran as CHP's candidate for Istanbul's mayor in the March 30 local elections was considered as one of Kılıçdaroğlu's opponents. The party was shaken when Deputy Emine Ülker Tarhan resigned from the party due to double standards and weak and erroneous policies. Her resignation was followed by Süheyl Batum's dismissal from the party after he was referred to the disciplinary committee. Batum was a staunch supporter of Tarhan and claimed many members within the party have suffered and consider resigning.

İzmir Deputy Birgül Ayman Güler has also faced disciplinary action for criticizing the party for cooperating with the Gülen Movement in the March 30 local elections and the August 10 presidential elections. Şahin Mengü, a member of CHP has also been referred to the disciplinary committee due to his criticism of CHP Vice President Sezgin Tanrıkulu's comments over the Dersim Massacre which resulted in the killing of over 10,000 people who rebelled against Turkey's Resettlement Law of 1934.