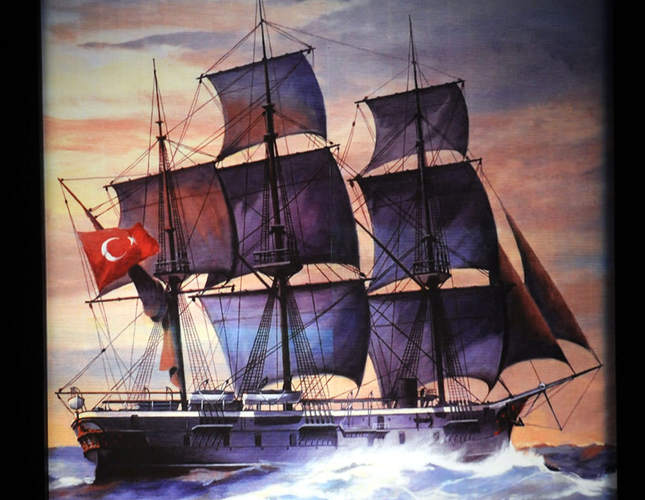 Prime Minister Davutoğlu says journey will mark the sinking of an Ottoman frigate, Ertuğrul, on its 125th anniversary in October 2015

The Turkish navy will launch an expedition to commemorate the sinking of an Ottoman frigate on a goodwill voyage to Japan in 1890.

"Turkey will once again carry the flag of friendship which Ertuğrul Frigate took with it 125 years ago," said Davutoğlu in the southern province of Osmaniye during the groundbreaking ceremony of an iron and steel production facility under a Turkish-Japanese joint enterprise.

The prime minister said the decision to revive the voyage came during an earlier meeting with Necdet Özel, the chief of the general staff.

More than 580 sailors died and only 69 others survived when the frigate was caught in a typhoon off the coast of Wakayama Prefecture, and subsequently drifted into a reef and sank off Kushimoto.

The people of Kushimoto helped the stranded sailors, an event seen as a milestone in the historic friendly ties between Turkey and Japan.