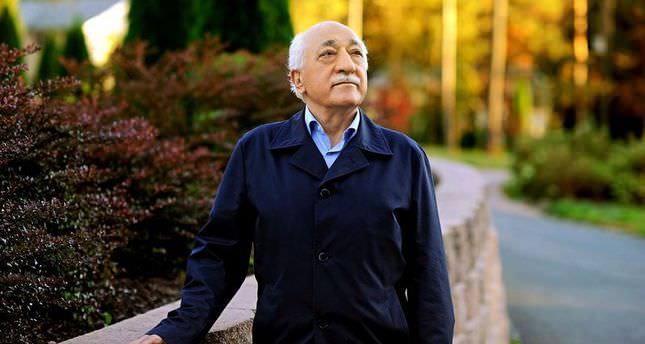 by Merve Aydoğan Jan 05, 2015 12:00 am
Recent findings by Turkish media outlets indicate that members of the Gülen Movement are responsible for the sex tape scandals that led to the resignations of main opposition party deputies from the Nationalist Movement Party (MHP) and the former chairman of the Republican People's Party (CHP), Deniz Baykal.

According to the Turkish daily, Hürriyet, MHP deputy candidates Ahmet Deniz Bölükbaşı, Bülent Didinmez and Mustafa Cihan Paçacı, who were forced to resign prior to the 2011 elections, were wiretapped under false names as members of a terror organization.

The alleged videotapes during the 2011 election campaigns caused great shock among MHP members. However, local sources claim that Gülenist wiretapping of these three MHP deputy candidates indicates that they were plotting against the Turkish political system.

Furthermore, in October 2014, deputy chairman of the Nationalist Movement Party (MHP), Tuğrul Türkeş, affirmed that members of the Gülen Movement had attempted to infiltrate the party. Türkeş also said that the resignations of 10 top party executives due to the sex tape scandals were a result of Gülenist infiltration attempts.

MHP Chairman Devlet Bahçeli later confirmed Türkeş's claims and said that "such an attempt has taken place but it was not successful."

The government has recently officially defined the Gülen Movement as a national threat due to its alleged efforts to overthrown the government and shape Turkey's political road map.

In addition to the incident with MHP deputies, former CHP Chairman Deniz Baykal was also a victim of the sex tape scandal. Former CHP Deputy Tevfik Diker said on a local news outlet in early March 2014 that members of the Gülen Movement had prepared the video on Baykal and published it on the Internet.

According to Diker, Gülenists tried to overthrow Baykal by using Mustafa Sarıgül, the former mayor of the Şişli district in Istanbul, who ran as a candidate for Istanbul mayor in the March 30 local elections, but they were unsuccessful and therefore placed the videotape instead.

The former Zaman daily columnist Hüseyin Gülerce told CNNTürk in early May 2014 that Baykal and Gülen had held talks about the tape. Furthermore, Emine Ülker Tarhan, a staunch secularist who served as minority whip between 2011 and 2013, and others allegedly said that the leading factors contributing to the CHP's poor performance were the party's alliance with the Gülen Movement and a series of misguided decisions to pick far-right politicians over CHP members in key mayoral races.

The Gülen Movement is a transnational movement accused of wiretapping thousands of people, including government officials and encrypted phones and infiltrating state institutions with the aim of overthrowing the government. The Gülen Movement's network of private schools has faced scrutiny in countries including Russia, Azerbaijan, Germany and the U.S.

Government officials have continuously expressed their determination to continue to lawfully fight against the Gülen Movement, whose followers are accused of infiltrating state institutions to gain control of state mechanisms and eavesdropping, forgery of official documents and espionage.