Gülen Movement criticized for resorting to superstition and disregarding Islam 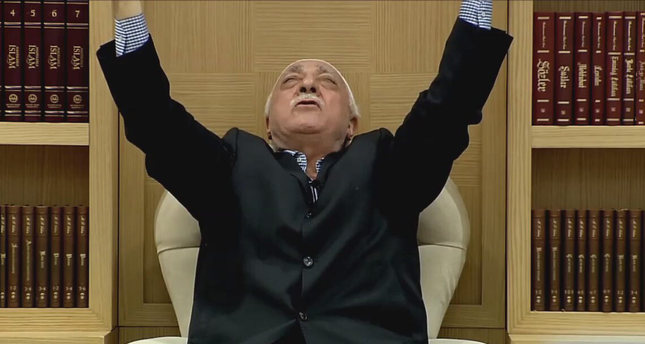 by Nurbanu Kızıl Jan 07, 2015 12:00 am
The Gülen Movement, which claims to frame its ideologies on religious teachings, is facing serious scrutiny for disregarding Islamic principles and exploiting religious sentiment in efforts to give complete immunity to Fethullah Gülen - the leader of the movement - whose actions they claim cannot be questioned or criticized.

The movement is also accused of resorting to superstitions, accusations which have been prompted by prominent supporters of the movement consistently promoting sentiments referring to sorcery, supernatural beings, dreams and other such transcendental elements which do not have a concrete scholarly or scientific base.

The latest criticism came after Ali Ünal, a columnist at Zaman daily – which is allegedly affiliated with the Gülen Movement - wrote a piece entitled "Did the Gülen Movement make mistakes, can't it?". The piece led many critiques to claim the movement's cult-like tendencies are escalating as blind obedience to the movement is promoted by supporters and columnists alike, despite the fact that Islam only bestows the prerogative to give absolute guidance and unquestionable protection to prophets rather than ordinary people.

"Those who have hypocritical and weak hearts are not entitled to asking this question" said Ünal in his piece, stating that there is no explicit oppression being done by the Gülen Movement, and that the movement was actually being oppressed.

"Asking this question would only mean serving the interests of the oppressor and weaken the oppressed" Ünal wrote, implying that questioning if the Gülen Movement has made a mistake would allegedly 'offend and insult the work of Fethullah Gülen,' an argument which has been compared by many critiques to the Shia doctrine of ismah, despite the fact that the Gülen Movement criticizes Shia theology.

The concept of ismah in Shia theology is attributed specifically to the Twelve Imams and claims that they have immunity to sin and error in practical matters and other issues. Ünal's piece implicitly claims that Fethullah Gülen's mistakes would result in favorable conclusions due to his allegedly elevated status and calls on followers to endure.

Latif Erdoğan, the former President of the Journalists and Writers Foundation and formerly a close ally of Fethullah Gülen has harshly criticized Ünal's piece and stated that the movement is psychologically frail and has the capacity to deceive itself.

"The person who claims to attribute immunity and infallibility to a community of followers would not promote such absurdity if he was aware of the Qur'anic disciplines" Erdoğan said. He stated that Ünal implicitly refers to Fethullah Gülen in his piece and accuses them of taking advantage of Shia terminology despite the fact that they harshly criticize Shia doctrine.

The Gülen Movement's promotion of superstitions, sorcery and dreams have been particularly criticized as many critiques claim the movement is withdrawing from reality to avoid facing the fact that their strength is decreasing as they are economically, socially and psychologically shrinking. Columnist Kurtuluş Tayiz in a recent piece has claimed that, as the Gülen Movement is losing its legitimacy in Turkey, they are resorting to superstitions as a means of protecting themselves from the harsh reality of loss and noted these means are the spiritual reflection of their psychological defense mechanism.

Recently Önder Aytaç, columnist at Taraf daily which is allegedly affiliated with the Gülen Movement, claimed on his Twitter account that the bread produced by a municipally owned factory had been hexed. Aytaç warned his followers about the food they eat as he claimed some municipalities cast spells on foods to allegedly control people. He stated that he based his claims on a friend who works at a bread factory and has allegedly seen outsiders go into the factory to cast spells.

The movement has previously been criticized for encouraging followers to increase their pro-Gülen Movement messages on Twitter based on dreams. Last year, leaked recordings of Fethullah Gülen's phone conversation with an official from pro-Gülenist TUSKON (the Turkish Confederation of Businessmen and Industrialists) became controversial. In the phone conversation, the official tells Gülen that the Prophet Muhammad told him to double the amount of tweets, and Gülen responded affirmatively and said "do whatever he tells you to do." Similar incidents took place many times when Gülenists claimed the Prophet had shown the answers of critical national exams to teachers of Gülenist-owned prep schools, sparking outrage amongst the public.

They have also claimed that the Prophet was present at the Turkish Olympics organized by the Gülen Movement. This claim was published in an online article which stated that Fethullah Gülen received many letters about the Prophet attending the Turkish Olympics. "Believe me, our beloved Prophet has honored our organization" Gülen was quoted as saying.

Holding curse sessions, where supporters gather and curse the government and its supporters is allegedly one of the features of the movement according to witnesses. Gülen's curses which can be seen on videos, have become a common occurrence and are criticized for contradicting the ideas of dialogue and toleration which the movement claims to promote.

Fethullah Gülen, who lives in self-imposed exile in the United States, is accused of leading a criminal organization and officials have reported that sufficient solid evidence has been discovered proving his crimes. The movement has been under scrutiny in numerous countries including Russia, United States, Azerbaijan, Germany and more.