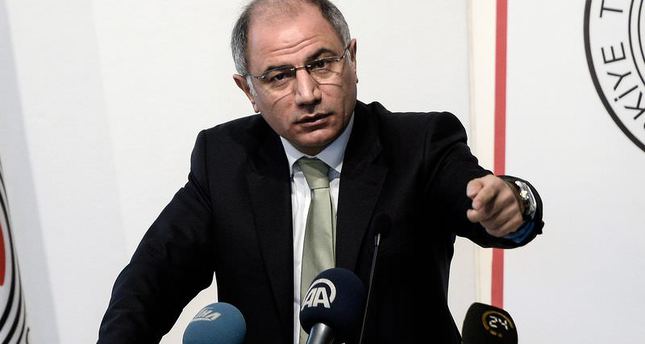 by AA Jan 07, 2015 12:00 am
Turkish authorities have banned thousands of suspected foreign fighters so far, Turkish Interior Minister Efkan Ala said Wednesday as he spoke at the annual ambassadors' conference in Ankara, the Turkish capital.

Turkish authorities have repeatedly said that no foreign fighters will be allowed to cross Turkey to reach Iraq or Syria, whether they fight for the Syrian opposition or for the self-proclaimed Islamic State of Iraq and al-Sham (ISIS).

"In our region, there are very few countries as stable as Turkey," the Minister said. "There are too few democratic, politically stable and economically developed countries."

On December 25, Turkish Prime Minister Ahmet Davutoğlu had said that Turkey stands firmly against the presence of foreign fighters in either Iraq or Syria.

The interior minister also said that Turkey has spent more than $4.6 billion to support Syrian and Iraqi refugees, while other countries spent just $200-250 million.

The number of Syrian and Iraqi refugees in Turkey stands at more than 1.6 million, Ala added.