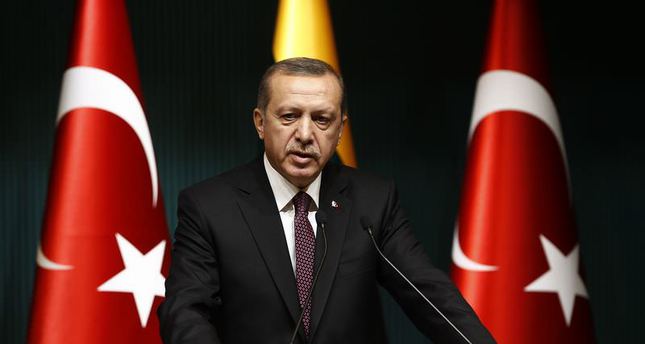 by Daily Sabah Jan 08, 2015 12:00 am
President Recep Tayyip Erdoğan strongly condemned the recent attack by Boko Haram in Nigeria's northeastern town of Baga that has reportedly claimed 2,000 lives, as officials say the number of people killed is still unclear.

Erdoğan said that these terrorist attacks cannot be related to any religion or civilization in any manner and nothing can be an excuse to tolerate these brutal acts.

He said the attack showed once again the importance of cooperation by the international community in the fight against terrorism.

The Turkish Foreign Ministry also condemned the attack with a written statement released on its official website on Thursday.

"We learned with great sorrow of the terrorist attacks carried out by Boko Haram in Nigeria's town of Baga, which caused the death of thousands. We strongly condemn these brutal acts. We will continue to stand by the friendly and brotherly people of Nigeria," written in the statement.

Boko Haram razed at least 16 towns and villages in a renewed assault on Wednesday after capturing a key military base in restive northeast Nigeria during the weekend, local officials said on Thursday.
Last Update: Jan 09, 2015 1:13 pm
RELATED TOPICS