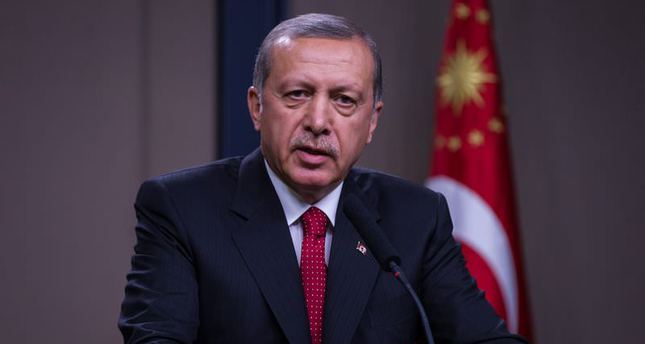 In a written statement, Erdoğan said "We strongly condemn the heinous terrorist attack on the Charlie Hebdo Magazine in Paris today that has killed 12 and injured 20 people."

The president extended his condolences to the "friend and ally" country France and said he expected the perpetrators to be brought to justice as soon as possible.

Erdoğan stressed that "terrorism has no religion or nationality and no excuse can be given for it."

"It is of crucial importance that we have a common stance against terrorist attacks such as the one in Paris today. We have to take a firm stance against hate speech, intolerance to differences and attempts to present religious and cultural differences as ground for enmity," he added.

In his statement, the Turkish president maintained that Turkey will continue its fight "against all forms of terrorism with determination."

"We express our heart-felt condolences for the innocent people killed today and wish a quick recovery for the injured. We also wish patience and steadfastness for the relatives of the deceased and the injured and for the people of France," Erdogan said.

Three masked men armed with Kalashnikov automatic rifles and a rocket-launcher attacked people inside the Paris headquarters of satirical magazine Charlie Hebdo earlier on Wednesday, killing at least 12 people and injuring many others, four critically, before they fled the building.

The magazine sparked controversy in 2006 and 2012 for publishing comic cartoons of the Prophet Mohammed.