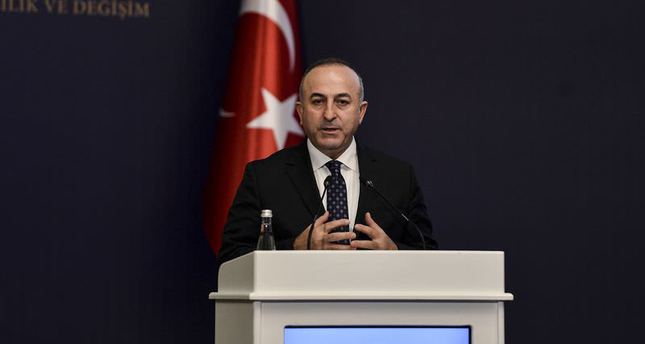 by AA Jan 09, 2015 12:00 am
The First World War Battle of the Dardanelles in northwestern Turkey holds an important role in many aspects of Turkish history, Foreign Minister Mevlüt Çavuşoğlu said on Friday.

Addressing participants on the final day of the Seventh Annual Ambassadors' conference in Ankara, Cavuşoğlu said "Çanakkale became a place, where an era ended and a new one started."

The 1915 battle took place in the Dardanelles strait in Çanakkale province's district Gallipoli, which marked a turnaround in the fortunes of the Turks during First World War. The victory against the allied forces in the Dardanelles gave Turkey a massive moral boost that enabled it to wage a war of independence and eventually, in 1923, form a republic from the ashes of the Ottoman Empire.

Çavuşoğlu said the Turkish nation gained confidence in itself and got a spirit of struggle through the decisive battle. "Apart from us, other countries also acquired awareness of being nation," he said.

Gallipoli district attracts hundreds of thousands of visitors every year in Turkey, who come in April to commemorate the 1915 battle.

Çavuşoğlu and the envoys were expected to visit Çanakkale to pay tribute to Turkish soldiers on Jan. 9, the last day of the conference. However, due to bad weather conditions, the program was cancelled.