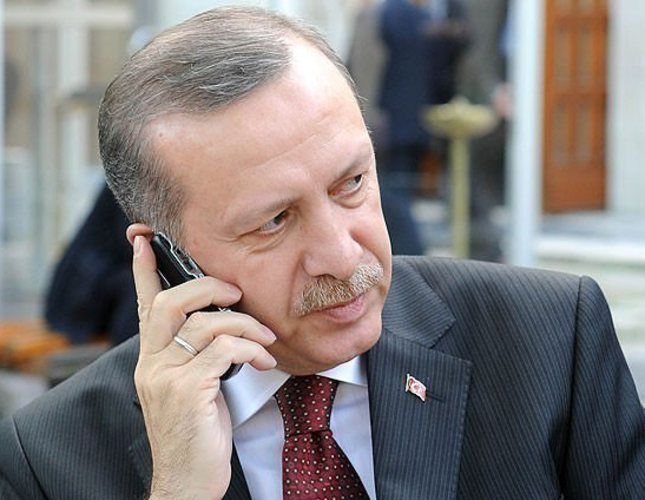 Hollande told Erdoğan that France knows "Turkey is standing with us." The French president also said that terrorists aim to harm his country's "social peace" by creating confusion over Islam, but that the people of France will not be deceived by their goals.

Speaking to media chiefs at a breakfast meeting on Saturday, Erdoğan praised Hollande's words for not associating a terrorist act with the religion. "These fanatics have nothing to do with the Muslim faith," Hollande said in a televised address on Friday. Erdoğan criticized some media outlets and international figures for not focusing on the actual acts of terrorism but rather concentrating on the labels that terrorists use.

"The words Islam and Muslim are used with the word terror, side by side. This is perception management," Erdoğan reportedly said. "This is our best weapon, unity, that we must demonstrate our determination to fight against anything that can divide us, and first of all, to be implacable, to be totally against any racism and anti-Semitism... Not to be divided means that we must not make any confusion and make it easy to remove any [inaudible] concerning these terrorists, these fanatics who have nothing to do with the Muslim religion," Hollande said on Friday.