Erdoğan to Netanyahu: ‘With what nerve did you go to Paris?' 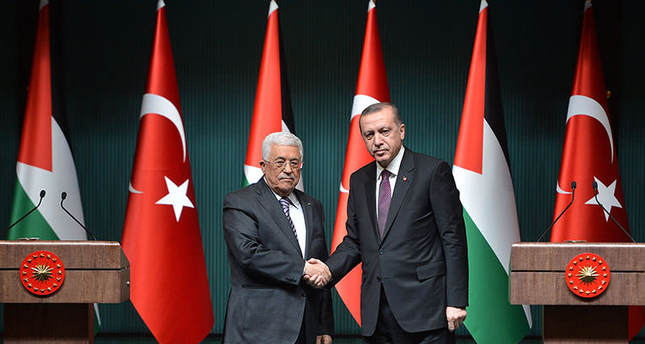 Responding to a journalist's question on Netanyahu's attendance, which has been widely debated on various media outlets as an unwilling request by the French, he replied "With what nerve did he [Netanyahu] go there [Unity Rally], I'm having a trouble understanding this. You should first account for the murdered women and children."

Erdoğan also made striking comments regarding last week's attacks in Paris that claimed 20 lives. Pointing out that the assailants were French citizens, Erdoğan stated that Muslims had to pay the price for the massacre. "These French citizens were in jail for 16 months. How did the intelligence services not monitor them?" Erdoğan said.

"It is impossible for a Muslim to accept such a massacre no matter where it came from," Erdoğan said, noting the rising racism and Islamophobia in Europe.

"The West's hypocrisy is obvious. As Muslims, we've never taken part in terrorist massacres. Behind these lie racism, hate speech and Islamophobia," Erdoğan said. "Please, the administrations in those countries where our mosques are attacked need to take measures.

Mosques in France, Germany and Sweden have been vandalised before and since the attacks in what Turkey and others see as a growing tide of anti-Muslim sentiment across the continent.

The Turkish president said the UN Security Council has not done its part in dealing with Israel's stubbornness, which he said has been causing increasing tension in the region.

Erdoğan also repeated his famous statement that "the world is bigger than five," in reference to the Security Council's permanent members who can veto any substantive resolution.

Meanwhile, Abbas also said that Palestinians are determined to establish an independent state with pre-1967 boundaries and its capital being Jerusalem.

He thanked Turkey for "its special emphasis on the Palestinian issue and for its diplomatic efforts in the international community."