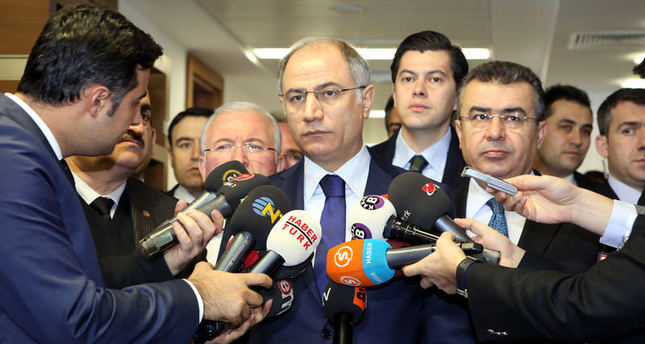 by Nurbanu Kızıl Jan 12, 2015 12:00 am
Turkey's Interior Minister Efkan Ala has stated that the government must ensure security to guarantee freedom for Turkish citizens. Ala made the statement at a press conference in Ankara about the new domestic security package on Monday.

"The Turkish society expects the government to provide a more effective, sensitive and efficient security services for the people" said Ala, adding that this was the main reason why the government was introducing a new domestic security reform package. He claimed that the package was long overdue and was a necessary public service for citizens.

According to Ala, the new domestic security package contains regulations relating to the duties, responsibilities and authorities of security forces to improve the deficiencies in the existing system and prevent terrorist attacks.

Ala touched upon the fact that strong security regulations are crucial to prevent terrorist attacks. "No matter how strong your army may be, if you are facing terrorists with conventional weapons you are at risk" he said.

In response to the issue of terrorism, Turkey has prohibited the entrance of 7833 people from 90 countries according to Ala and has deported many people in efforts to fight terrorism.

Turkey's new domestic security reform package was submitted to Parliament in November. It aims to establish a balance between freedom and the security of citizens, while enhancing the civilian identity of the state. The reform bill was prepared in line with European standards of security, freedoms and security regulations.