FM: 'No global determination to fight against terrorism' 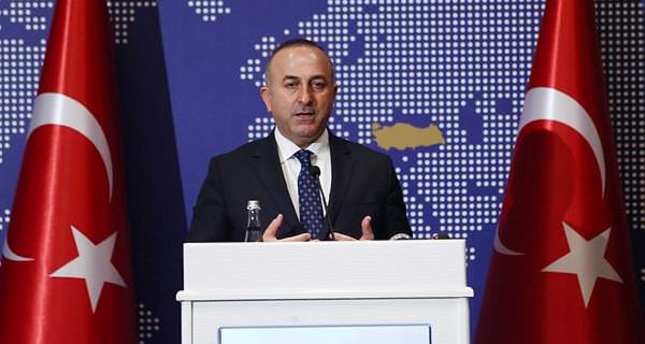 by Anadolu Agency Jan 12, 2015 12:00 am
Turkey's Foreign Minister highlighted the need for a determined strategy to fight against terrorism around the world.

"Unfortunately there is no determination in the world to fight against terrorism," foreign minister Mevlüt Çavuşoğlu said, speaking at the Anadolu Agency's Editor's Desk on Monday, where he discussed recent developments in the region, especially the terrorist attacks on Wednesday and Friday that left 17 French nationals dead, including eight journalists from satirical magazine Charlie Hebdo.

"As Turkey, we are against every kind of terrorist incident no matter which race, religion, sect or region it comes from," Çavuşoğlu added.

The foreign minister said there were two main issues which needed to be dealt with in Europe and in the region: "One is combatting terrorism, in which there is a huge gap to fill, the other issue is racism, xenophobia and Islamophobia in Europe."

"We see that increasing xenophobia in Europe triggers terrorism, using discrimination as an excuse," Çavuşoğlu said.

Çavuşoğlu also noted that Hayat Boumeddiene, wife of Amedy Coulibaly who killed 4 hostages at a supermarket in Paris, arrived in Turkey from Madrid on January 2, stayed at a hotel in Istanbul and went to Syria on January 8.

Hayat Boumeddiene, dubbed as France's most wanted woman, is in Syria and went there before last week's deadly attacks, French media reported.