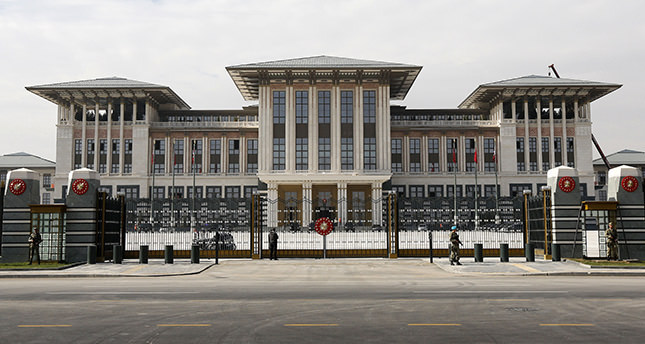 On Thursday, the Presidential Office of Turkey declared a written statement in consideration of what Israeli Prime Minister Benjamin Netanyahu said about Turkish President Recep Tayyip Erdoğan via his official Twitter account. Penned by Presidential spokesman İbrahim Kalın, it is said that Netanyahu's "exploiting the solidarity march in Paris for his political interests, is worthy to be condemned," and it is "nothing more than a miserable desire of making a political show."

In the statement, spokesman Kalın noted that President Erdoğan had pointed to the fact that the affects of the attacks that happened last year, in which thousands of people died and were wounded, are still being felt today. "Our President expressed his view that the Israeli prime minister's daring to attend the march in order to condemn the painful terrorist event in France, is an incomprehensible thing instead of giving an account for Israel's killed women, children and journalists in Gaza," he said in the statement.

Describing Netanyahu's use of the expression "Islamic terror" in an attempt to associate the attacks with Islam, as an unacceptable attitude and as Islamophobic, he added that "the Government of Israel must terminate its offensive and racist policies, and must learn to respect the Palestinian people's rights, instead of attacking others by taking shelter behind cries of anti-Semitism."

Furthermore, releasing a press statement before he left for Brussels on Thursday, Turkish Prime Minister Davutoğlu highlighted the fact that he agrees with President Erdoğan's stance criticizing the attendance of Netanyahu in the unity rally which took place in Paris last week. Noting that Netanyahu has committed crimes against humanity by killing thousands of innocent children in Palestine, destroying countless houses and normalizing the killing of Palestinian civilians, he noted "Until I went to Paris, it was not clear whether the Israeli prime minister would attend the march or not. It was clarified at the very last moment and he was quite alone there."

Netanyahu on Wednesday had hit back at Erdoğan who blasted him this week for "daring" to attend the anti-terror solidarity march in Paris. "I believe his shameful remarks must be repudiated by the international community, because the war against terror will only succeed if it's guided by moral clarity," Netanyahu had said on his official Twitter account.