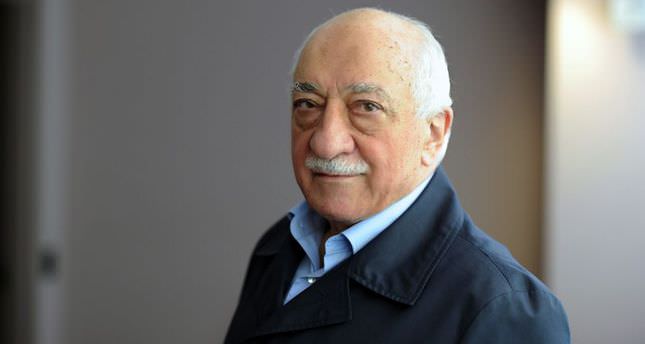 A survey carried out by the ANAR showed that 76 percent of the nation believes Gülenists tried to topple the government, while 68.6 percent supported the reconciliation process between Ankara and Kurds

A poll conducted by the ANAR research company upon the instruction of Prime Minister Ahmet Davutoğlu indicated that 76 percent of those surveyed believed that the Gülen Movement infiltrated key government institutions with the intention of overthrowing the government. Citing the figures from the survey, AK Party Vice Chair Ekrem Erdem said that the poll results should be taken seriously by opposition parties and added: "The reason behind the failure of opposition parties is their inability to create politics in accordance with their base." With only months left for the June general election, Davutoğlu gave the order to conduct a poll in an attempt to take the pulse of the nation over the latest developments and the government's efforts to remove members of the Gülen Movement from state institutions. The Gülen Movement is seen as a national threat by the government as the movement is accused of wiretapping thousands of people, including government officials and encrypted phones and allegedly infiltrating state institutions with the aim of overthrowing the government.

The movement, led by Fethullah Gülen who lives in self-imposed exile in the U.S., is described as "a state within the state" by the government and most of its critics asserted that infiltration by the movement goes back decades.

Once close allies, the Gülen Movement and the Justice and Development Party (AK Party) parted ways for good in 2014. According to officials, 2014 was one of the most "stabbed-in-the-back" years in recent Turkish history, when the movement's alleged illegal wiretapping and infiltration activities came to light. The seeds of this separation were sown with the Feb. 7, 2012 operation allegedly carried out by the movement on National Intelligence Organization (MİT) Chief Hakan Fidan, for holding talks with the PKK in Oslo to end the decades-long conflict with the PKK as part of the reconciliation process. The government's decision to close prep schools, most of which are run by the Gülen Movement, completed the separation, and an arrest warrant was issued for Gülen, who lives in self-imposed exile in the U.S. Pledging to eliminate every single alleged infiltrator from the state, Turkish officials said that they would never stop fighting the Gülen Movement through legal means. An arrest warrant was issued for Gülen in December. In the survey held in 26 provinces with the participation of 5,100 people between Dec. 24 and Dec. 31, 77 percent of those surveyed approved of the arrest warrant issued for Gülen in December. On the basis of the voting trends of respondees, 85 percent of AK Party voters showed strong approval for issuing the arrest warrant, which was followed by HDP voters with 77.3, 43 percent of CHP supporters and 37.6 percent of MHP voters.

The opinion of those surveyed on another issue that has occupied the country's agenda was the reconciliation process between Ankara and Kurds. According to the poll, 68.6 percent supported the reconciliation to successfully end the Kurdish issue while 26.5 percent opposed it in total. When voting trends were taken into account, 92.3 percent of HDP voters, 83.5 percent of AK Party supporters, 45 percent CHP supporters and 40 percent of MHP supporters said that they want to see the reconciliation yield positive results. Still, MHP voters' support is interpreted as progress in the process since the MHP administration strongly opposes to the ongoing process. The reconciliation process, which aims to end the decades-long conflict with the PKK, which took up arms against Turkey in an attempt to carve out an independent Kurdistan in the southeast, is expected to yield results in the upcoming months. As the process continues, the Kobani demonstrations that erupted in October in southeastern Turkey and later morphed into violent clashes between pro- and anti-PKK groups that killed dozens of citizens put a temporary damper on its progress. The government stalled the reconciliation talks for a while and said public order is the first priority and the reconciliation process is not an alternative under any circumstance. Later, the government proposed a bill to balance security and freedom and enacted strict measures against vandalism, including measures against those who throw Molotov cocktails and those who wear face coverings during protests. Regarding the security bill enacted for the punishment for vandalism, 77.2 percent of those surveyed supported the measure against Molotov cocktails while 80.8 percent supported punishment for those who cover their faces in demonstrations. vWhen the participants were asked who they would vote for if a general election was held today, 47 percent said they would vote for the AK Party, 25 percent said they would support the CHP, 14 percent would vote for the MHP and the HDP stayed under the 10 percent threshold with 7.8 percent.