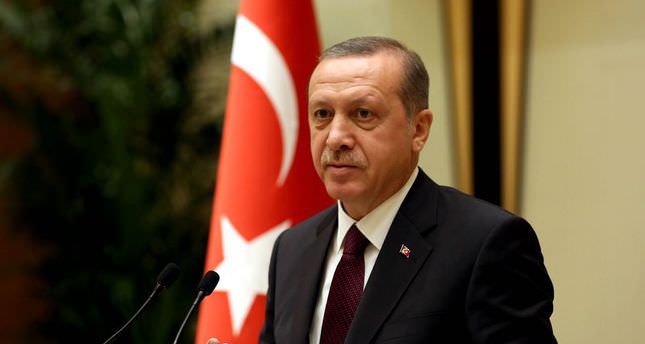 Turkish President Erdoğan criticized Western countries on Friday, accusing them of being insensitive to the killings in the Syrian War, while giving a lot of attention to the deaths of 17 people following the Paris attacks last week.

Pointing out that about 350,000 Syrians died in the Syrian Civil War, Erdoğan said: "If the world is bigger than the five United Nations Security Council members, then all lives are as valuable as the twelve killed in Paris."

"Why do the world leaders who went to Paris keep silent about the 350,000 Syrians who have been killed?" he asked.

Erdoğan made the comments at a conference held with The Young Businessmen Confederation of Turkey in the capital city of Ankara.

He pointed out that Turkey has spent approximately 5 billion dollars in aid to Syrian refugees, whereas this figure amounted to only 250 millions dollars from Europe.

Erdogan has also criticized the Israeli Prime Minister Benjamin Netanyahu's attendance in the unity rally which took place in Paris last week, saying: "I curse the Israeli government - not the Israeli people - because it killed around 2,700 people in Gaza."

"It is sheer arrogance for those who have on their hands the blood of children playing on the beach to condemn terrorism," Erdogan said in reference to the Israeli government's condemnation of the Paris attacks.

The President also criticized the daily Cumhuriyet (without naming them explicitly) for giving permission to two of its columnists to publish the cover of Charlie Hebdo's latest edition, which features a cartoon of the Prophet Muhammad, on their corners.

Late on Tuesday, police inspected Cumhuriyet's – which carried out a four page long selection of the latest issue of Charlie Hebdo in Turkish – printing center to check if the French magazine's controversial cover displaying the Prophet Muhammad was being published by the daily.

In his remarks during the conference, Erdoğan justified the police's actions, by saying, Cumhuriyet "invited provocations." No one has the right to insult anyone's sanctums, he said.

"The steps taken are aimed at damaging the country's unity," Edoğan stated. Publication of cartoons is not about "freedom of thought", but rather about various groups' attempts to aggravate others, according to Erdoğan.