More than half of CHP voters see an alliance with Gülen 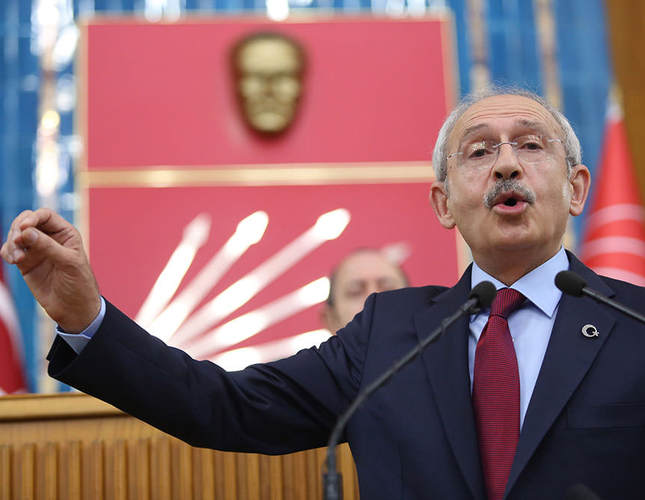 by Sena Alkan Jan 18, 2015 12:00 am
A survey conducted by the Ankara-based Objective Research Center (ORC) said, 51.8 percent of main opposition Republican People's Party (CHP) voters thought that the CHP and Gülen Movement, which allegedly infiltrated the police and judiciary to topple the government, were allied since the March 30 local elections, while 30 percent did not believe such an alliance existed and 18.2 percent refrained from answering the question.

Conducted in 30 Turkish provinces with the participation of 2,000 CHP voters between January 2 and January 7, the survey asked CHP supporters about the latest developments and allegations regarding the CHP.

According to the poll, 86 percent of those surveyed believed that the CHP and Gülen Movement are in an alliance and do not support that kind of cooperation whereas 14 percent said that the alleged alliance does not bother them.

"Despite the party administration's denials, the CHP cooperated with the Gülen Movement during the March 30 local elections," Güler claimed. Following her statements, Güler was referred to the party disciplinary panel with a demand of condemnation. There are also some ongoing allegations that the CHP and Gülen Movement are preparing to create an alliance for the upcoming national elections to be held in June.

When the ORC asked CHP voters which party would be in power after the June general election, 87 percent said the AK Party, while 2.4 percent said it would be the CHP and 10.6 percent refrained from answering.

The internal conflict in the CHP that erupted with the local elections and flared up during the August 10 presidential election is considered to be reason why CHP voters have no confidence that their chosen party will assume power.

Even though there are only six months left for the national elections, the party is still struggling with internal conflicts such as the ongoing crisis between current mayor of Istanbul's Şişli district, Hayri İnönü, and former Mayor Mustafa Sarıgül, since Sarıgül allegedly threatened İnönü with death to pursue his goal of being the mastermind behind the municipality administration.

This, along with the disciplinary referrals of several party dissidents after their criticism of the CHP administration following the successive failures in the previous elections has added to the
party's troubles.