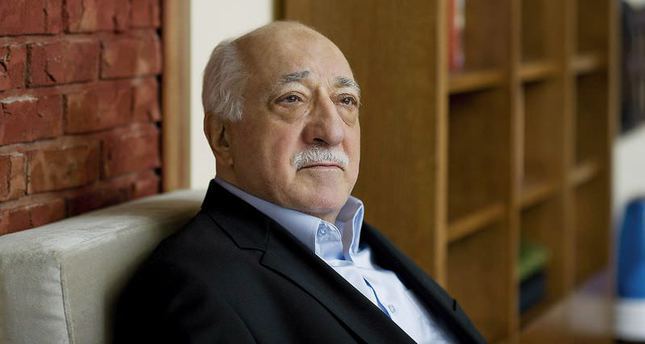 by Daily Sabah Jan 19, 2015 12:00 am
Findings have revealed that Celal Kara, who was conducting the investigation that became public on Dec. 17, 2013, until he was removed from his post for allegedly losing impartiality, has been putting pressure on the prosecutor that replaced him. Kara has reportedly been indicating that President Recep Tayyip Erdoğan's rule will not last long.

Kara, a prosecutor affiliated with the Gülen Movement, which allegedly orchestrated the Dec. 17 and Dec. 25 operations in an attempt to overthrow the government, is currently suspended from duty.

"Tayyip Erdoğan will not see March. Don't count on him," Kara reportedly told the prosecutor who was assigned to his former post in a bid to pressure him. Kara is also accused of delivering threats against the same prosecutor who took over the Dec. 17 investigation, forcing him to arrest the suspects of the probe.

The HSYK report explained that the decision for the suspension of Kara was made because he failed to provide the right of defense to those who were detained as part of the Dec. 17 operation. It also mentioned that the 3,419-page summary proceeding was not examined.

Upon facing pressure the prosecutor who received threats from Kara reportedly gave a statement to HSYK inspectors as evidence against Kara in the investigation into him. The prosecutor who made political predictions by saying that Erdoğan will not be in office in March, also reportedly claimed the Istanbul chief public prosecutor will be replaced by a Samsun prosecutor soon, in a bid to influence the prosecutor looking into the Dec. 17 operation.

The pressure prompted the prosecutor to convey the incident to HSYK inspectors. He reportedly said that he had also spoken with Öz, who urged him to refer the suspects to court demanding their arrest.

Öz was also involved in the operation and has consistently shared politically motivated messages on social media. He was involved in a scandal for taking an extravagant vacation to Dubai, which was financially supported by businessman Ali Ağaoğlu, while there was an ongoing public case against him for threatening and insulting Erdoğan at the time he was prime minister.

Members of the Gülen Movement allegedly infiltrated Turkey's police and judiciary with the aim of toppling the government and the government hopes to clear these institutions of what they call "traitors" through lawful and democratic means.

The Gülen Movement, led by retired imam Fethullah Gülen, who now resides in self-imposed exile in the U.S., is seen as a national threat to the state by Ankara as it is accused of wiretapping thousands of individuals, including high level government officials and allegedly infiltrating state institutions to overthrow the government.