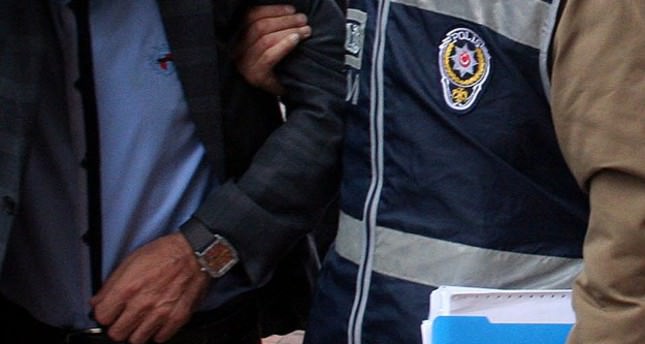 by Anadolu Agency Jan 20, 2015 12:00 am
Around two dozen people have been detained across four Turkish provinces on Tuesday over alleged illegal wiretapping as part of "parallel state" operations, police sources have said.

Nineteen people have been detained in the Turkish capital Ankara, with two others being held in Istanbul and one in Kocaeli province.

All those held are from the country's Telecommunications Directorate, or TİB. The detentions were on the orders of Ankara's Gölbaşı district Chief Public Prosecutor's Office.

Searches for other people have been taking place in several provinces, police say; warrants have been issued for 28 people both from TİB and the country's top scientific institution – the Scientific and Technological Research Council of Turkey, or TÜBITAK.

Operations started after it was confirmed that encrypted phones belonging to senior Turkish leaders had been compromised.

Phones belonging to other senior figures such as Interior Minister Efkan Ala, Energy Minister Taner Yıldız, National Intelligence Organization, or MIT, head Hakan Fidan plus members of the National Security Council are also thought to have been wiretapped.

In total, 363 incidents of illegal wiretapping of the aforementioned names have been confirmed, most of which were carried out between Dec. 17-25, 2013, when an anti-graft probe targeted a number of high-profile figures, including the sons of three former government ministers and leading Turkish businessmen.

The government has denounced the probe as a "dirty plot" constructed by the "parallel state" – a name given by the government to an alleged group of Turkish bureaucrats and senior officials embedded in the country's institutions, including the judiciary and the police, who have reportedly worked to undermine the Turkish state.