Gülen Movement acting as ‘enemy of Turkish state’ in US 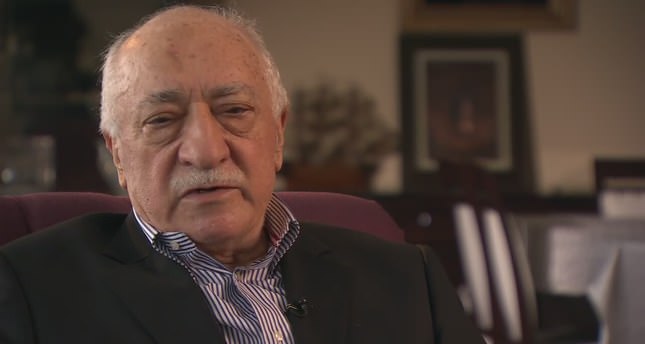 A letter penned by the Gülenist lobby in the U.S. was sent to some congressmen to be signed and directed to Secretary of State Kerry. The letter, full of false and distorted information, is perceived as an attempt to harm the Republic of Turkey and relations with it’s NATO ally U.S.

Followers of the U.S.-based imam Fethullah Gülen have gone beyond blatantly attacking the government with false accusations and have now created a public perception that their organizations in the U.S. are acting as an enemy of the Turkish state after the U.S.-based Gülen Movement-affiliated Turkic American Alliance (TAA) penned a letter in which it made false claims regarding the Turkish state. The template letter was sent to some U.S. congressmen to be sent to Secretary of State John Kerry. The Gülen lobby in the U.S. has continually tried to contact both Republicans and Democrats through large donations.

A detailed review of donations by Turkish citizens in election files showed that Gülen has been transferring huge amounts of money to candidates from both U.S. parties since 2006. Millions of dollars were contributed to a variety of politicians from President Barack Obama to Texas Republican Governor Rick Perry, who notoriously suggested the exclusion of Turkey from NATO and claimed that terrorists run the Turkish government.

The TAA, led by Faruk Taban, expressed in its template letter its worries after some movement-linked media figures were briefly detained on charges of attempting to demonize a rival religious group through members in the judiciary and police. The movement is already accused of attempting a coup against an elected government and is now facing charges of establishing an armed terrorist organization led by Fethullah Gülen.

The TAA, which is believed to get direct orders from Gülen, wrote that Turkey topped journalist detentions in 2012 and attempted to link its current condition to those detentions of mainly Kurdish journalists, forgetting that the suspects were sent behind bars with alleged Gülen-linked prosecutors and police chiefs, bringing accusations against the Turkish government for suppressing press freedom.

The shadowy organization later brought up the issue of the 1915 event and referenced the complaint against Turkish author Orhan Pamuk's statements referring to the events as genocide. The TAA misinformed Kerry saying that Pamuk was arrested, when in fact he was put on trial without being arrested.

The letter also drew attention to Freedom House, which downgraded its evaluation of the Turkish media in its 2013 report. The report in question stated that 44 journalists are imprisoned in Turkey, but following the release of 10 people in the aftermath of the publication of the report, five journalists were only held in jail and each are allegedly linked to a terrorist organization. Up until the government realized Gülenist infiltration of state institutions, Gülenist media outlets were leading the argument that Turkey was falsely accused of mistreating journalists and how organizations like Freedom House were carelessly putting Turkey into the same category as North Korea, an expression that was more of an attempt to justify the decisions of Gülen Movement-linked prosecutors and judges.

The TAA also mentioned the issue of the brief detention of Dutch journalist Frederike Geerdink, arguing that her glorification of an organization that is recognized as a terrorist group by both the U.S. and EU does not need questioning by the Turkish police. In her article "A permanent ceasefire? Now? I'd be disappointed," published on her blog, Geerdink expressed her frustration if the PKK were to lay down its arms. She was released after two-and-half hours of being interrogated. The TAA had not only forgotten that a Dutch minister said that those who preach hatred or glorify terrorism face deportation in Holland, but also ignored the fact that almost 100 people were arrested in France for glorifying terrorism, a move that the U.S. also strongly opposes.

Undermining Turkey's commitment to and cooperation with its NATO ally, the TAA revealed its fear of facing Gülen's possible deportation from the U.S. and concluded its letter with this line: "We urge you to take a more forceful line in the wake of these troubling abuses."

It has recently been discovered that Gülen, who claims to base his movement on dialogue and tolerance between different religions, has previously made radical remarks allegedly encouraging Muslims to destroy "infidels." Gülen's call for taking violent action against non-Muslims can be traced to a recording of a sermon that he gave in the 1980s following the 1980 coup, when he left the city of İzmir and traveled to different cities in Anatolia.

In the recording, Gülen can be heard as saying, "We will ruin the plots of America and reveal their true side." These are particularly remarkable, radical and controversial sentiments given that he has been living in the U.S. in self-imposed exile since 1999. "We will turn the U.S.'s games upside down in the next five to 10 years," Gülen is heard saying in the sermon.