Gülenist infiltration from 2012 into judiciary revealed 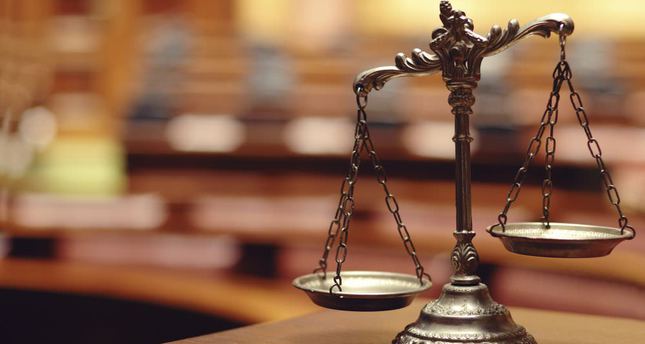 by Merve Aydoğan Jan 21, 2015 12:00 am
Alleged Gülenist infiltration continues to be identified everyday in different institutions in Turkey. The Measurement, Selection and Placement Center (ÖSYM) has recently announced that there will be a judicial investigation into possible mass cheating on the Public Personnel Selection Exam (KPSS) in 2010. Following this announcement, the ÖSYM claimed that Gülen Movement-linked participants also stole the questions for the 2012 judiciary examination.

Ankara's ongoing fight with members of the Gülen Movement and its infiltration continues as the ÖSYM, which is responsible for organizing exams for admissions to several institutions ranging from university admissions to assignment of civil servants to public agencies, will look into the allegations of possible cheating in the KPSS examinations in 2010 and 2012.

In 2012 only 271 out of 1,546 lawyers and judges were able to pass the 70 percent threshold and the participants applied to the ÖSYM for the cancellation of the exam. However, the prosecutor dismissed the file due to a lack of evidence. These incidents increased the possibility of allegations and began to reveal the evidence.

According to local sources, those who had passed the exams and had achieved high percentages were to be placed in the judiciary were related somehow. Furthermore, these individuals who are related, especially spouses, entered the examinations in different cities, which led to further suspicion. The allegations also claim that the mistakes made in all answers of those individuals were the same and showed no sign of eraser marks.

Ali Demir, the head of Turkey's chief authority overseeing exams, recently told Anadolu Agency that "the ÖSYM takes every allegation seriously and we will cooperate with the authorities. Our own investigation will not be confined to the 2010 exams and exams before that. We will review exams held after 2010 as well."

The Gülen Movement, which has evolved into a highly politicized movement from a religious congregation, is accused of running a "parallel structure" that allegedly aims to overthrow the ruling Justice and Development Party (AK Party) government through its members in state agencies. Members of the movement reportedly use students educated in their network of private schools.

Through its followers in state-run institutions overseeing exams for admission to universities, police academies and institutions of higher learning, the movement allegedly acquired questions and answers to exams in advance and supplied it to students loyal to the movement.