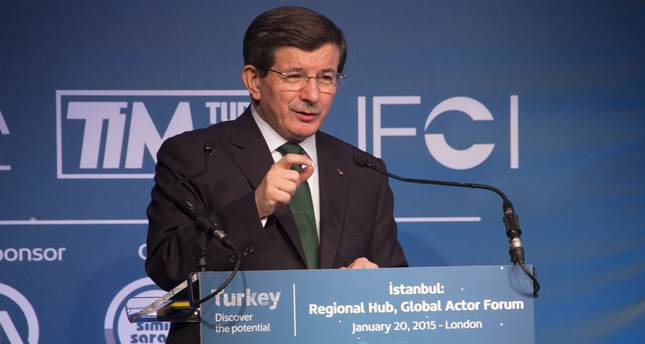 by Daily Sabah Jan 21, 2015 12:00 am
Prime Minister Ahmet Davutoğlu on Wednesday has touched upon the issue of economy inequality and human rights problems and stated that Turkey feels isolated in defending human rights while addressing representatives of non-governmental organizations in Wilton Park in London.

Davutoğlu stated that Turkey works hard to establish bilateral economic, democratic and security ties in the Middle East and takes cooperation as the basis of establishing these ties. He noted that Turkey feels isolated in terms of defending human rights and democratic values in the region.

Touching upon the issue of terrorism, Davutoğlu stated that the elimination of terrorist organizations can only be possible through international cooperation on crisis management, which he claimed currently does not exist at the international level, but is an ethical obligation for states.

Davutoğlu also touched upon the income gap between the world's rich and the poor. "50 percent of the world's population earns less than 85 individuals - how can the world carry this burden?" said Davutoğlu, questioning the unfair distribution of income.