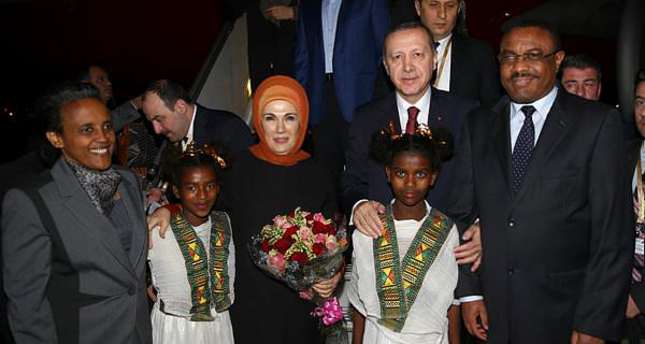 by Daily Sabah Jan 21, 2015 12:00 am
President Recep Tayyip Erdoğan has arrived in Ethiopia's capital Addis Ababa on Wednesday as the first leg of a three-day African tour begins.

According to a statement issued by the office of the Turkish president, Erdoğan will tour several African countries this year, leading a large group of ministers, senior officials and businessmen.

Turkey's presidency office also pointed out that Turkey has close historical and cultural ties with the countries of the Horn of Africa and that these countries are the strategic gateways to the Middle Eastern and world markets.
Last Update: Jan 22, 2015 9:15 am
RELATED TOPICS