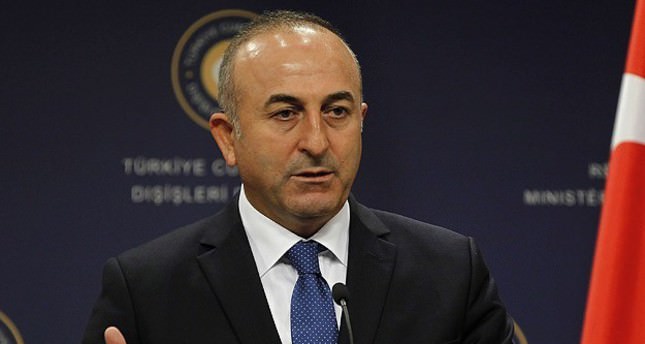 by Daily Sabah Jan 21, 2015 12:00 am
Foreign Minister Mevlüt Çavuşoğlu has confirmed recent speculation that 51 consular agents will not remain in their posts, saying the cards of those affiliated with the Gülen movement will not be renewed.

"We don't renew the cards of those who are linked with the 'parallel state,' " Çavuşoğlu was quoted as saying.

Turkish officials have launched a war against members of what they call the "parallel state," referring to the Gülen movement that allegedly orchestrated the Dec. 17 and Dec. 25 operations in an apparent attempt to topple the government. The movement is also notorious for carrying out spying and illegal wiretapping activities by infiltrating the government's key bodies. Following the operations, which were allegedly aimed to oust an elected government, officials have intensified their attempts to weed out infiltrators from the judiciary and police as well as other critical posts.

The latest in a series of purges, as part of the struggle against the "parallel state," was the move to refuse the renewal of the consular agents' cards, which means putting an end to their posts.

Noting that the Gülenists were propagating views against Turkey, Çavuşoğlu said: "They don't work for the sake of this country. They do things against it. Exploiting the exclusive rights granted by the post by carrying out works against Turkey is not acceptable. We will never let any consular agent work to ruin the image of Turkey, spread negative news on Turkey and slander against it."