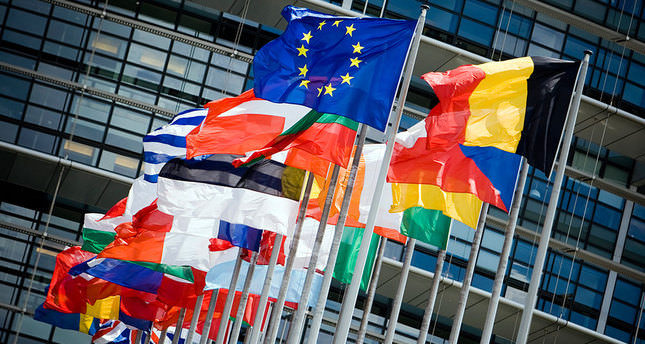 by Daily Sabah Jan 23, 2015 12:00 am
The latest resolution adopted by the European Parliament on January 15 pertaining to the Freedom of Expression in Turkey, which found it to be lacking in the country, demonstrates that Europe is basing its decisions about Turkey on biased and unreliable information, Afif Demirkıran, co-chair of Turkey-EU Joint Parliamentary Committee, has argued in a press release.

Demirkıran, supporting the belief that Turkey has achieved a great deal in the name of invigorating democracy, suggested that: "Turkey constantly takes new steps in order to develop freedom of expression and freedom of the media; and our government demonstrates a strong interest in this subject matter," He also underscored how the European mindset has double standards in its assessment of developments in Turkey.

The European Parliament, which has expressed worries over the so-called "diminishing tolerance of public protests and a critical media," alluding to the arrests of journalists in the Deccember 14, 2014 operation, has also apparently been misdirected by sources that aim to defame Turkey. The media affiliated with the Gülen Movement, whose members face charges of being engaged in various crimes outside of their journalistic activities, has misinformed the public that the operation was targeting media, according to Demirkıran.

In the European Parliament resolution, the expression "a very large number of jailed journalists" is used to describe a total of seven journalists, one of whom is detained, and six are convicted because of violent crimes.

This, Demirkıran says, suggests that the resolution does not reflect the facts, and is aimed at manipulating public perception.

"It should be noted that being a journalist does not give a person immunity or the right to act against the law. This is the case all over the world. Moreover, in Turkey, there is not a single journalist imprisoned because of crimes related to freedom of expression," Demirkıran further said, refuting the belief that Turkey is a country that jails journalists.

Touching upon the double standards that Europe applies to Turkey, Demirkıran also exemplifies the arrests that came after the deadly attacks in France due to messages shared in social media. While they are deemed crimes, says Demirkıran, all xenophobic and Islamophobic utterances, including insults, are evaluated as freedom of expression, which raises eyebrows over European perceptions of freedom of expression.