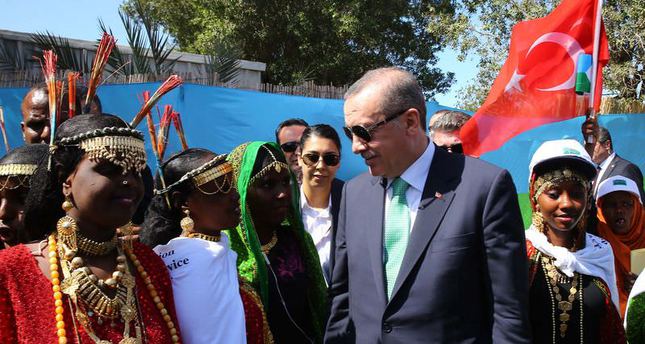 After holding a press conference with Djibouti President Ismail Omer Guelleh at the Presidential Palace, Erdoğan headed to the ceremony.

Erdoğan and President Guelleh, who were welcomed with local dances and shows of affection by Djiboutian people, laid the symbolic ground by setting a stone in the renewed pavement.

Erdoğan has arrived in Djibouti on Saturday and is scheduled to go to Somalia on Sunday despite a deadly car bombing near a hotel in the Somalian capital Mogadishu on Friday where a Turkish delegation was staying.

Following his Ethiopia trip on Thursday, Erdoğan was first going to visit Somalia, however his trip has been delayed after the president decided to join the funeral ceremony for Saudi Arabian King Abdullah.