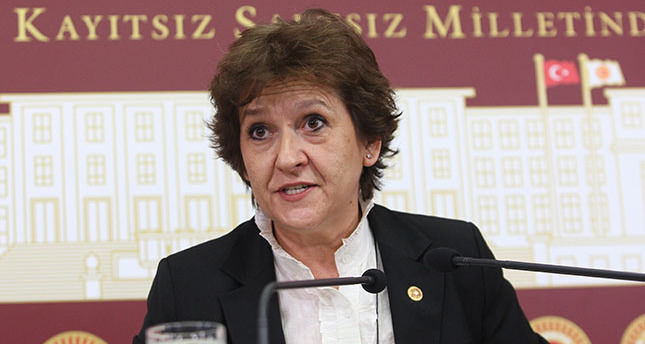 by Daily Sabah Jan 26, 2015 12:00 am
Birgül Ayman Güler, the İzmir deputy for the main opposition Republican People's Party (CHP), who was referred to the party disciplinary committee following her claims that the CHP and Gülen Movement are in an alliance, resigned from the party yesterday.

Güler did not deliver a plea to the disciplinary committee yesterday and said that the party administration turned the committee into a dismissal mechanism in order to remove pressure on its policies.

"The party administration turned the legal discipline mechanism into an arbitrary purge in order to remove critics of their administration styles and policies," asserted Güler in regards to the disciplinary proposal to dismiss her from the party group for one year.

She said on her Twitter account that while the disciplinary process continues, she asked the party administration to send an indictment, but it did not.

"If there is no indictment, there is no plea, either," added the deputy from the province of İzmir, which is widely considered the CHP's fortress.

The Gülen Movement is a transnational movement accused of wiretapping thousands of people, including Turkish government officials and encrypted phones, and infiltrating state institutions with the aim of overthrowing the government. Gülenists have faced scrutiny in countries including Russia, Azerbaijan, Germany and the U.S. Turkish government officials have continuously expressed their determination to continue to lawfully fight the Gülen Movement, whose followers are accused of infiltrating state institutions to gain control of state mechanisms and eavesdropping, forgery of official documents and espionage.