Turkey seeks to replace Gülen schools with government-endorsed ones 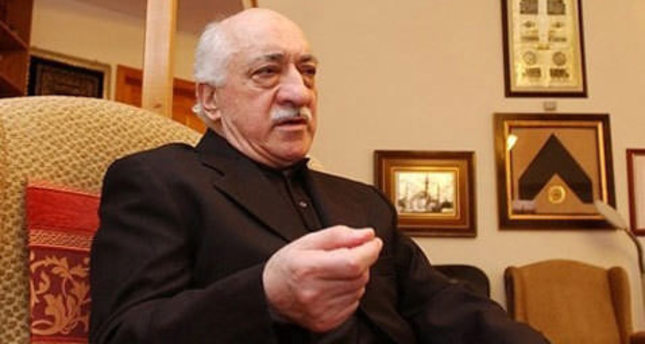 by Daily Sabah Jan 26, 2015 12:00 am
Turkey's ruling Justice and Development Party (AK Party), which is seeking to close Gülen schools around the world, is currently holding discussions regarding a plan to replace the schools with government-initiated establishments as part of its struggle against the Gülen Movement. The movement, which is referred to as the "parallel state" by the government, is accused of orchestrating the Dec. 17 and Dec. 25 operations in an alleged attempt to topple the government.

The Gülen Movement, led by Fethullah Gülen, has over 140 private schools and charity organizations around the world including the U.S., Europe, Asia and Africa. The countries that have Gülen schools have begun to question their mission, deeming its shadowy structure problematic. President Recep Tayyip Erdoğan has emphasized in no uncertain terms that the schools affiliated with the movement should be shut down, citing their alleged illegal activities, and has vowed to replace them with new schools supported by the National Education Ministry.

The plan has been taking shape recently, with more details surfacing of how the new schools will be operated. According to the draft, a non-governmental organization will be established backed by the National Education Ministry to run the schools, and the syllabi and staff will be determined by the ministry.

Educators have expressed positive views of the plan, preparations for which kicked off last year. The structure of the schools will be non-governmental, and thus structured as an "agency" that will be formed by the joint efforts of nongovernmental organizations on a voluntary basis. The agency will both be able to receive and give donations and support projects. It will run the schools that will be opened primarily near to where the Gülen schools are located.

According to the new legislation, discussions of which are currently under way, the staff will consist of teachers from private and state schools as well as new graduates.

The teachers in question assigned by the ministry will be considered "on leave," and will be paid by the agency. They will be given the opportunity to resume their duty at a national education institution when they return.

Activities such as exchange programs and scholarships will be handed over to the agency.

The legislation will be sent to Parliament after the cabinet decides on its latest form.

The irregularities and offenses that the movement is allegedly involved in began unsettling countries around the world where there are dozens of schools run by the movement. Members of the movement, who are currently accused of attempting to oust the government after orchestrating the Dec. 17 and Dec. 25 operations by using their alleged power within the police and judiciary, have caused unease among the officials of countries that permit the operation of the schools. The group's alleged purpose of expanding their area of influence to serve their own benefit has gradually become public knowledge as a result of top Turkish officials' ongoing struggle with the "parallel state."

The issue has also led to a loss of trust toward the schools in both Turkey and abroad. This year has seen a sharp drop in the number of students attending the schools across Turkey's 81 provinces, with many families transferring their children to other private and public schools.
President Recep Tayyip Erdoğan, who was then prime minister, had called on families to stop enrolling their children in Gülen schools following a string of scandals involving the movement, which is accused of running a "parallel structure" via its members in the judiciary and law enforcement agencies.