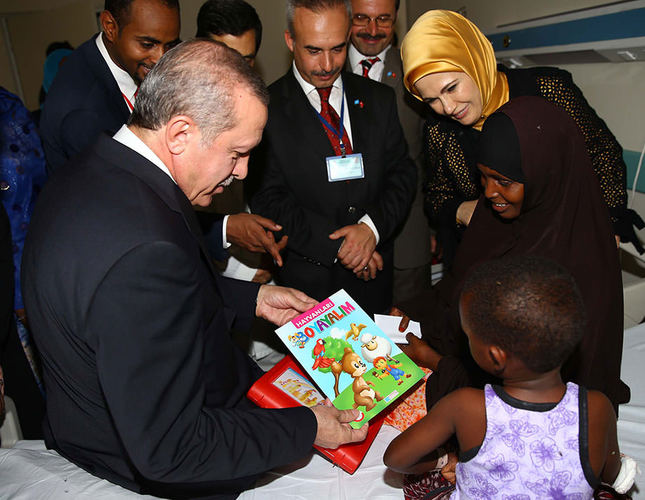 According to Hürriyet daily's article, Erdoğan is seen distributing "Ali Baba and the Forty Thieves" book to children in Somali in the fabricated photo. Using only the photo as evidence, Kılıçdaroğlu criticized Erdoğan by saying "there are enough thieves in Turkey."

However, in the original photo, Erdoğan is seen distributing a coloring book with a different title. 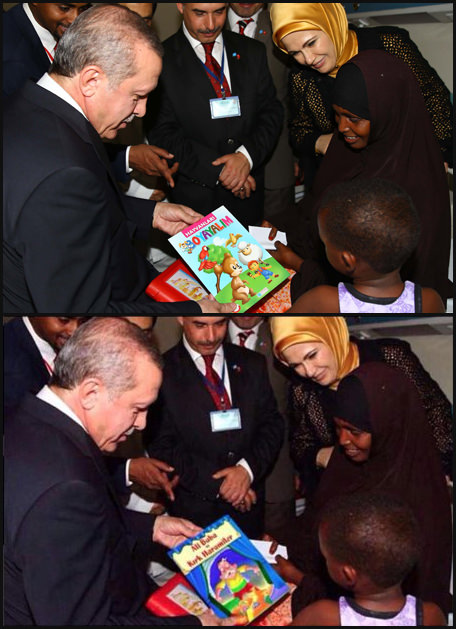