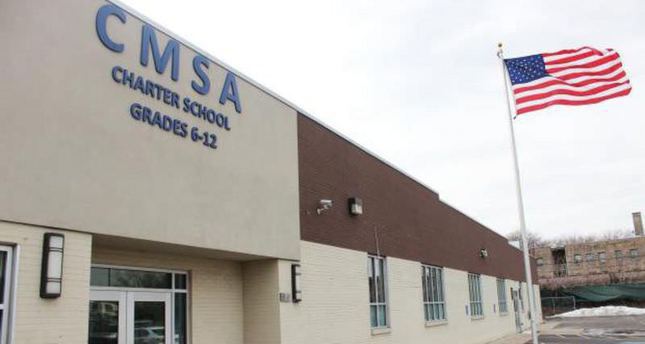 In the case of the establishment of an agency, it would conduct issues such as sending students abroad and vice versa, cooperating with civil society organizations and preparing curriculum and course books for the schools. Under the name "the Presidency of International Education Agency," it would be conducted by expert coordinators and would have the right to take a share from the national budget. The agency would also be able to collect donations and conduct commercial activities.

As another suggestion, a proposed International Education Foundation would conduct a process through a civil-led foundation. This institution would be inspected by the Prime Ministry directly and would be formed by law. Administrated by a board of trustees, implementation of a proposed charter-school system would be on the agenda as well. While schools that would not be re-assigned or sold to this foundation would be de-certified, the budget of the foundation would be provided with a ten-percent share of a state bank and university fees of a public university.

Sources from the National Education Ministry expect this draft law will be completed in February and, if approved, pass into law later.

President Recep Tayyip Erdoğan pointed to the urgency of closing down Gülen schools in foreign countries during his visit to Ethiopia. Calling on African leaders to fight the Gülen Movement, and pledging to open new schools to replace their schools, at a joint press conference with the Prime Minister of Ethiopia Hailemariam Desalegn on Thursday, he said: "As the National Security Council [MGK], we informed the government about unlawful organizations that pose an imminent threat to Turkey's national security and presented our recommendations on the issue."

Meanwhile, the movement continues to lose popularity in countries where its schools operate. Its schools, located in more than 160 countries, have faced scrutiny for a number of reasons.

On January 7, Tajikistan announced that it will not extend the agreement that its Ministry of Education had made with the Gülen Movement over permission to operate schools in the country. In a statement by Tajik Minister of Education Saidov Nuriddin Saidovich, it is said that ten schools currently run by the movement in the country have a "shadowy" mission.

In September, the movement was also scrutinized by the government of Azerbaijan for an alleged defamation campaign against the government and businessmen who rejected siding with them after putting tremendous psychological, financial and social pressure on individuals through members in critical positions in state institutions.