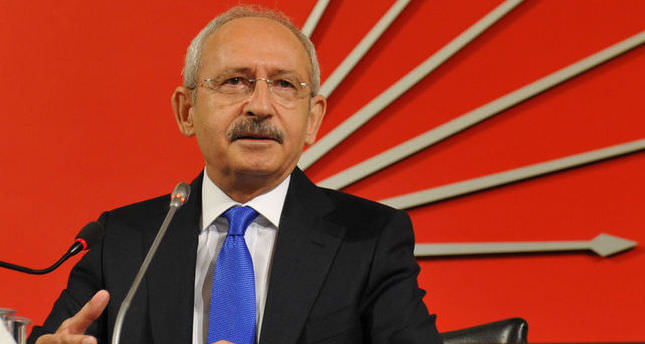 by Daily Sabah Jan 29, 2015 12:00 am
The Leftist Republican People's Party (CHP) has reportedly rolled up its sleeves to prevent losing votes to the People's Democratic Party (HDP) in the upcoming election set to take place in June 2015.

CHP reportedly discussed what steps to take to prevent losing its votes to HDP, which seeks to pass the election threshold to enter parliament in the upcoming elections.

HDP, which has a voting rate of 9.9 percent, achieved by HDP Co-Chair Selahattin Demirtaş as a candidate in the 2014 presidential election, is expected to bring the rate over ten percent. Meanwhile, CHP believe that the threat of splitting votes has sped up its efforts to maintain potential votes, if not increase them.

The leader of the main opposition CHP, Kemal Kılıçdaroğlu underscored that necessary precautions should be taken to hamper HDP 'stealing votes' during a party meeting held on Wednesday. CHP worry that HDP, which associates itself with the newly elected leftist Syriza in Greece, will be inspired by the Greek party's victory.

The party board has been determined to assemble on February 15, to discuss various issues. According to reports, the CHP administration is considering decreasing the number of meetings to be held as part of the election campaign and pay more visits to the occupational groups instead. The party might restrict the number of main meetings to thirty ahead of the elections, the reports say.