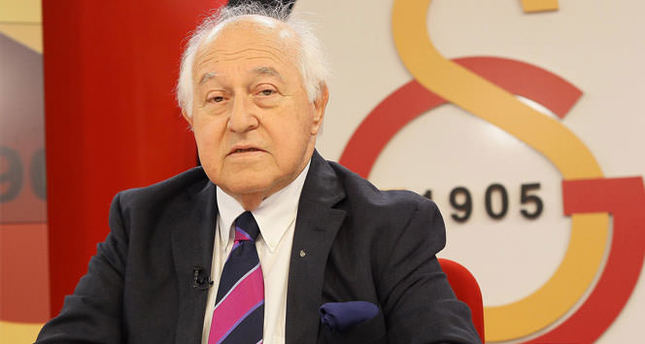 The Gülen Movement’s aim was to undermine the army to establish a state based on religious principles, said chairman of Galatasaray Sports Club and renowned lawyer, Duygun Yarsuvat

Galatasaray Sports Club Chairman Duygun Yarsuvat, who is also a lawyer, has claimed that the leader of the Gülen Movement, Fethullah Gülen who lives in exile in Pennsylvania, aimed to establish a theocratic state in Turkey and attempted to eliminate the army by jailing its members. Yarsuvat, speaking live on CNN Türk news channel, made comments about top news stories in Turkey, focusing on the alleged offenses of the Gülen Movement, which is notorious for conducting operations by using its alleged power in the judiciary and police.

"They aimed to get rid of the army. I personally think Gülen's purpose is to establish a state based on religious principles," Yarsuvat was quoted as saying. Yarsuvat also claimed that Gülen was actually invited by the U.S., contrary to common belief that he was forced to leave Turkey. Pointing out the connection between Gülen and the U.S., Yarsuvat dashed the hopes of government officials who have been seeking the extradition of Gülen, citing him as the mastermind of the alleged illegal activities of the Gülenist infiltrators, saying his extradition was not possible due to the alliance between them.

"Gülen's extradition is being sought. For the request to be granted there is a requirement of a lawsuit against him and the court's ruling to be submitted to the related posts in the U.S. Only then [after all these procedures] can the request be fulfilled. If the case is political, there will be no extradition. That is why President Recep Tayyip Erdoğan asks US to 'deport' him." Yarsuvat said adding that it was US which had invited Gülen into the country in the first place.

As a non-political figure, Yarsuvat's striking allegations against the Gülen Movement have quickly had repercussions in the media. The fact that the claims have been uttered by a personality who is detached from politics has once again raised eyebrows and led more people to question whether the accusations are well-founded. The movement is alleged to have orchestrated the December 17 and December 25 operations in an apparent attempt to topple the government.

Yaruvat, once a lawyer of the Balyoz (Sledgehammer) coup case whose suspects were dominantly members of military, also asserted that the movement had attempted to eliminate the army by jailing them. The trials into the members of the military were also allegedly held by Gülenist judiciary members, who looked into the critical cases via the specially authorized courts before they were abolished.

He continued: "They aimed to raise people to be placed in judiciary police and military. They failed to infiltrate the army but the other key bodies were infiltrated."

He also repeated a previous claim that Fenerbahçe chairman Aziz Yıldırım had been a victim of a conspiracy set by Gülenists. He said the police and members of the judiciary affiliated with the Gülen movement had created a case like Balyoz by fabricating evidence.

Yarsuvat had previously claimed that the match-fixing operation that put former Fenerbahçe Sports Club Chairman Aziz Yıldırım behind bars began only after Yıldırım refused to pay the $50 million bribe demanded by the Gülen Movement.

When asked on what grounds he made such a claim, Yarsuvat said he had heard about the bribery and added that a columnist who is critical of the ruling government had also made similar implications, a claim which was denied by both sides. The movement had continuously been at the center of arguments that it blackmailed businessmen through its alleged infiltrators in the judiciary and police department receiving money from them.

In the summer of 2011 a comprehensive investigation was launched into allegations of match-fixing and organized crime networks in Turkish football circles. More than 60 people, including Fenerbahçe Chairman Yıldırım, were taken into custody. But Yıldırım denied all charges and said that the evidence in the match-fixing case was "fake and unstable" and added that the Gülen Movement was behind it.

The Gülen Movement, led by Fethullah Gülen, has over 140 private schools and charity organizations around the world including the U.S., Europe, Asia and Africa. It has been accused of infiltrating state institutions to gain control of state mechanisms, illegal wiretapping, forgery of official documents and spying. According to the written statement sent to the court for the issue of the arrest warrant, the Gülen Movement has taken steps in discord of the laws and regulations of media, economy and bureaucracy.