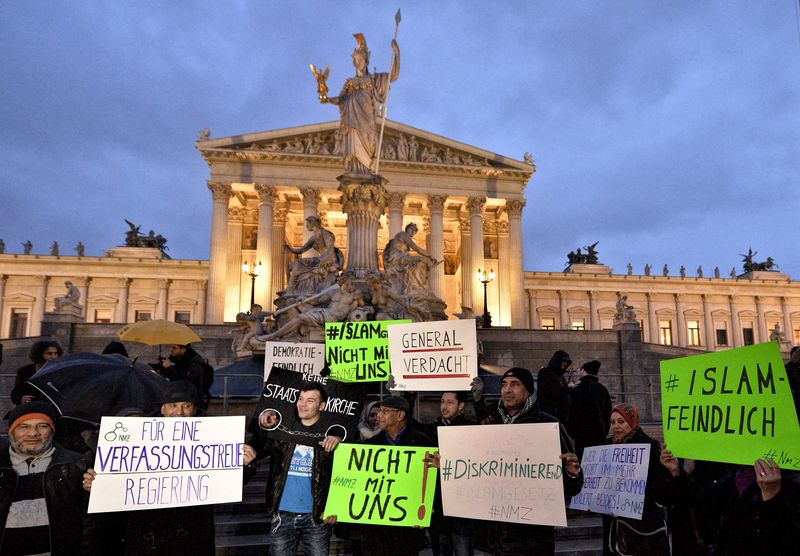 by Ayşe Şahin
Feb 25, 2015 12:00 am
The Austrian parliament has passed a restrictive Islam bill that seeks to limit the rights of Islamic institutions in the country to prevent "radicalism." The bill has generated a considerable reaction from the community, which questions the necessity of such restrictions, considering the current peaceful situation in Austria. Experts believe the bill, which bans foreign funding of Islamic organizations and requires preachers to be educated at Austrian universities, is aimed at forming a specific Austrian understanding of Islam in the country, but may create a backlash, as side effects could manifest as extremism, some claim.

In its current form, the bill aims to prohibit foreign funding of Islamic organizations in Austria and imposes a standardized German translation of the Quran and other religious texts. It also prohibits imams from being appointed from abroad, instead making it mandatory that they receive education from the theology departments of Austrian universities. In doing so, according to some experts, Austria is aiming to establish its own version of Islam. Some believe that the consent for only one determined translation of the Quran is a sign of the government's wish to control Islam through its own understanding of it. They also suggest the move indicates that the Quran is considered problematic by the government.

"We want an Islam with an Austrian character," Integration Minister Sebastian Kurz told public broadcaster ORF last October, supporting the current views that Austria wants to shape Islam with its own ideology.

He also said that the bill is devised to fight the growing influence of radical Islam, a claim which appears to be a veil to conceal the real intention of the Austrian government, which some believe is seeking to curb Turkey's funding.

Amid reactions to the bill, Heinz-Christian Strache, an member of parliament from the far-right and anti-immigrant Freedom Party, said parliament should adopt a stricter law against "radical Islamists."

Strache also argued that imams must preach in German instead of their own languages.

"Islam is not a part of Austria. The bill should also include a ban on minarets and the burqa because these are political symbols. The bill is way off the mark," he said.

What looks like a measure to prevent Islamic radicalism in Europe could have unsettling consequences for the Muslim community residing in Europe. Countries in the region that are already suffering from increasing Islamophobia are looking to implement precautions to prevent potential violence by "radical Muslims." The latest in a series of these cautions has come from the Austrian government with the bill in question, which has been deemed extremely discriminatory against Muslims.

"A paranoid fear is being instilled in society. Muslims in Austria have never engaged in terrorism or extremism in Austria thus far. Taking into consideration the peaceful atmosphere in Austria, the government's purpose seems to be nothing but an engineering and social manipulation project," said Enes Bayraklı, a foreign affairs specialist and an academic at Istanbul's Turkish-German University.

"While they aim to prevent radicalism in Islam, this in fact will probably create a backlash with rising instances of extremism. The authority gap that emerges after the law abolishes the concept of unity, which is the natural outcome of attachment to a certain administration, and the vacuum caused by the lack of authority will be filled in an unstable manner. This will lead to radicalism in Austria," Bayraklı claimed.

The ban on foreign income to Islamic foundations in Austria, which are backed by Turkey's Presidency of Religious Affairs (DİB), has also been branded as blatant discrimination against Turkey, as no such rule has been applied to other religious communities in the country.

Another article of the bill also makes it possible for the government to recognize a certain community or abolish it. The draft bill has also been criticized for including offensive and accusatory language against Muslims, which are deemed as being against the principle of equality.

DİB head Mehmet Görmez has also condemned the draft bill, saying it would bring restrictions and inequality to religious freedom in the country.

The bill, which seeks changes in the status of Islamic institutions in the country, is thought to be a precursor for the regression of the rights of Muslims in the country and has prompted an angry response from the community.

"Austria will regress 100 years in freedom with its Islam bill," Görmez said.

The Muslim community in Austria is expected to take the bill to the constitutional court as it has now been passed in parliament. If rejected by the top court, the community will reportedly consider taking it to the European Court of Human Rights for the violation of freedom of religion.

Currently, some 300 imams work in Austria including 65 Turkish preachers. There are about 500,000 Muslims in the country.