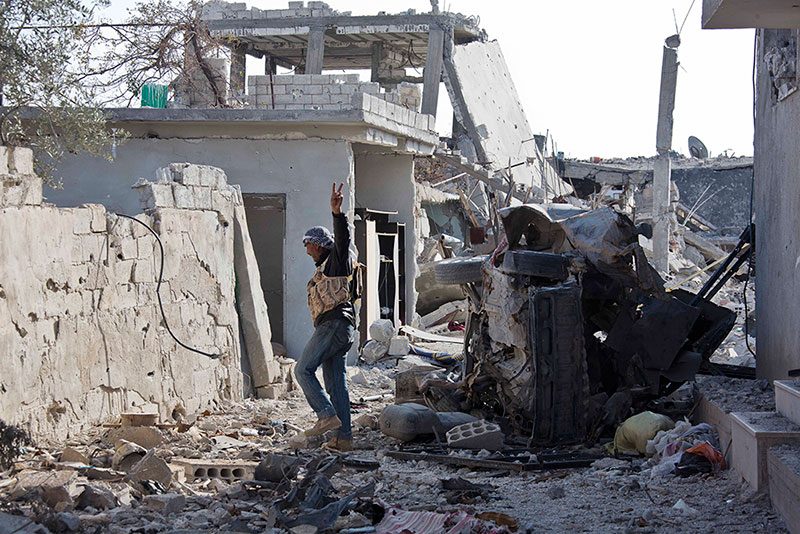 by Daily Sabah with Wires Mar 02, 2015 12:00 am
The train-and-equip program for Syrian opposition forces will be held in Turkey's central Anatolia province of Kırıkkale, the national defense minister said on Monday.

İsmet Yilmaz was answering reporters' questions in Ankara before attending the ruling Justice and Development Party's (AK Party) weekly meeting. "Turkey and the United States will set up a joint commission. This commission will decide on the people who will be trained in Kırıkkale province," he said.

On February 19, Turkey and the U.S. inked a deal to train and equip Syrian opposition forces, in which the aim is to achieve a political transformation in the war-torn country on the basis of the Geneva Communique.

The Syrian fighters trained in the joint program are expected to fight both the self-proclaimed Islamic State of Iraq and al-Sham (ISIS) and the Assad regime.

Will Turkey take part in the operation to retake Mosul from ISIS?

The United States and Iraq are preparing to retake Iraq's second-largest city Mosul from ISIS group by this summer, according to various reports.

A group of Kurdish fighters and other Western-trained forces should be ready to launch the offensive by the spring or summer, the head of the US military's Central Command General Lloyd Austin had told the Wall Street Journal in January.

Asked if Turkey would send land troops to assist an operation to retake Mosul from ISIS militants on Monday, Yılmaz said that when the time comes, Turkey would make the necessary assessments along with the national interests and fulfill its responsibilities that come with being a member of the coalition led against the group. He said that Turkey has been already providing "concrete" support to the coalition.

The exiled governor of Mosul, Atheel al-Nujaifi, claimed on March 1 that Turkey will take part in the offensive. Speaking to Iraqi Kurdish online news website Rudaw, al-Nujaifi said that Turkey has agreed to send weapons and supplies to recapture Mosul, which has been under the control of the ISIS group since June.

Turkish National Minister Yılmaz also said that he would pay an official visit to Iraq on Wednesday along with Foreign Ministry and Turkish Armed Forces officials. The defense minister is expected to meet Iraqi defense and interior figures. Turkish representatives will also visit Erbil in Iraq's north.