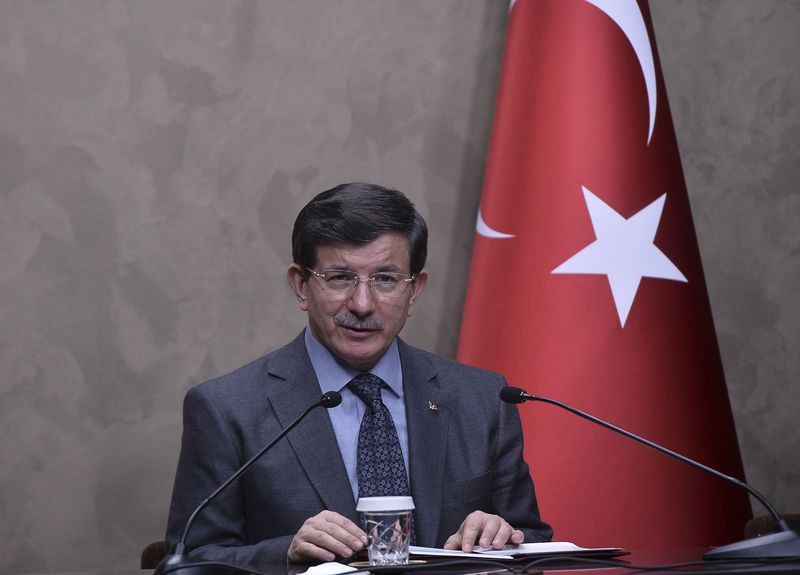 by Daily Sabah Mar 03, 2015 12:00 am
Prime Minister Ahmet Davutoğlu met with Portuguese President Cavaco Silva and Prime Minister Pedro Passos Coelho, followed by a joint press conference with the latter, after attending the first meeting of the Turkey-Portugal Intergovernmental Summit.


Following his visit to the Lisbon Central Mosque, Davutoğlu met with representatives of the Muslim community and place a wreath at the monument erected in commemoration of martyred diplomats.

Following the First Turkey-Portugal Intergovernmental Summit Meeting and signature ceremony of agreements, the two prime ministers were scheduled to hold a press conference, after Daily Sabah went to print on Tuesday evening.

Davutoğlu was scheduled to head off to New York after holding a dinner in honor of Coelho. The previous inter-governmental summit was facilitated during Coelho's trip to Turkey in December 2012, in a document entitled "Strategic Document for Strengthening Bilateral Relations Between Turkey and Portugal," which was signed by the-then prime ministers of the two countries.

Turkey and Portugal enjoy friendly and seamless bilateral political relations. Turkey's increasing regional and strategic importance, especially in the field of energy, has attracted Portugal and it has encouraged support for Turkey's EU membership process. Portugal is among the countries that believe the EU accession of Turkey will further strengthen the Mediterranean dimension of the EU. In 2014, Turkey's exports to Portugal reached $446 million, while imports stood at $607 million. Additionally, Turkey was accepted as a common observer state for the Community of Portuguese Language Countries (CPLP) Summit Meeting that took place in Dili, the capital of East Timor on July 23, 2014.