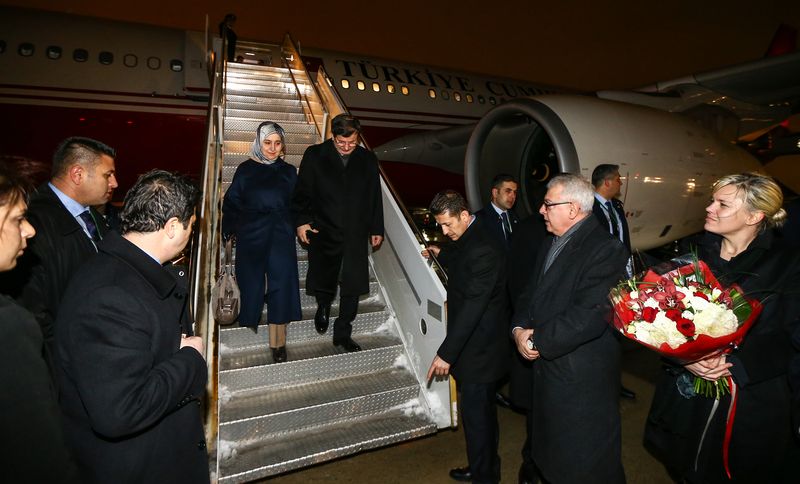 by Anadolu Agency Mar 04, 2015 12:00 am
Turkish Prime Minister Ahmet Davutoğlu arrived in New York on Tuesday night to hold financial talks and attend a series of meetings at the United Nations.

On the first day of his four-day visit, Davutoğlu is scheduled to hold talks with a group of finance specialists and investors, as well as with representatives of the Turkish-American community.

He will meet UN Secretary General Ban Ki-moon on Thursday to discuss global issues including Syria, Iraq and Cyprus.

On Friday, he will address the UN General Assembly on gender equality and the empowerment of women.

Davutoğlu was welcomed at John F. Kennedy International Airport by Turkey's ambassador to the U.S. Serdar Kılıç and Turkey's Permanent Representative to the UN Yasar Halit Çevik among other dignitaries.