Turkey to stand by Iraq in event of operation to retake Mosul: National Defense Minister 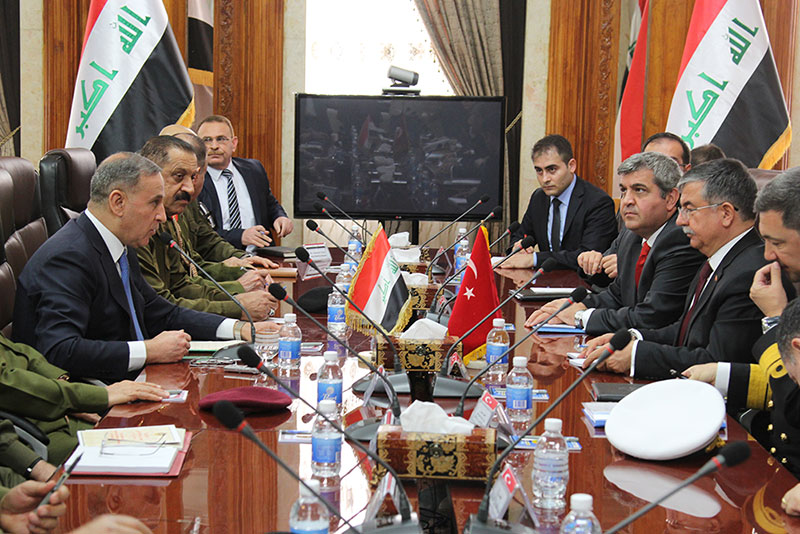 by Daily Sabah Mar 04, 2015 12:00 am
Turkey will stand by Iraq if an operation is undertaken to retake Mosul, Defense Minister İsmet Yılmaz, said on Wednesday.

"Turkey is ready to provide any kind of intelligence and logistics support to Iraq in its fight against terrorism," Yılmaz said.

Yılmaz made the comments during an official visit to Baghdad on Wednesday along with officials from the Foreign Ministry and Turkish Armed Forces. Yılmaz met with Iraqi Minister of Defense, Halit el-Ubeydi, along with other defense and interior figures.

Two Turkish C-130 military cargo planes landed at an air base near Baghdad on Tuesday. According to various sources the planes carried camouflage, garrison caps, boots, vests, steel helmets, sleeping bags and tents for the use of 500 military personnel, who are expected to fight with the self-proclaimed Islamic State of Iraq and al-Sham (ISIS) to retake Mosul, and took off before the Yılmaz's visit to Iraq.

Iraq has been gripped by a security vacuum since June 2014 when ISIS stormed Mosul, Iraq's second-largest city, and declared a self-styled caliphate in parts of Iraq and Syria.

The United States and Iraq are preparing to retake Mosul from ISIS by this summer, according to various reports.

A group of Kurdish fighters and other Western-trained forces should be ready to launch the offensive by the spring or summer, the head of the U.S. military's Central Command General Lloyd Austin told the Wall Street Journal in January.