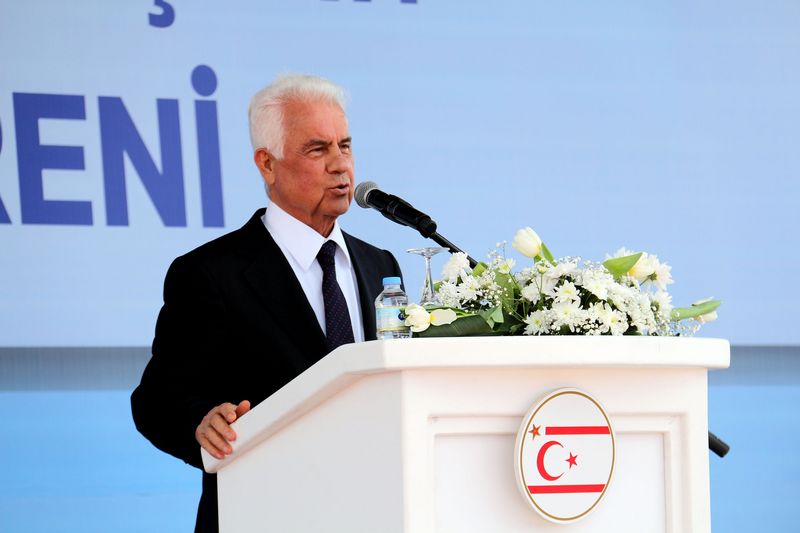 by Anadolu Agency Mar 04, 2015 12:00 am
Turkish Cypriots are seeking a deal that makes tomorrow better than today, the president of the Turkish Republic of Northern Cyprus, Derviş Eroğlu, said on Tuesday, calling out Greek Cypriots over peace talks.

Negotiations between Turkish Cypriots and Greek Cypriots resumed in February 2013 after a two-year pause. The previous round of talks had collapsed amid the eurozone debt crisis as the Greek Cypriot side took its turn to occupy the EU presidency in 2012.

"Now the world must ask whether the Greek Cypriot side sincerely wants a deal. (Turkish Cypriots) are seeking a deal that makes tomorrow better than today," said Eroğlu.

There is a peace in the region but the agreement is missing, he added.

"Today, there is bloodshed all around the world, especially in the Middle East. Cyprus is the only location where blood is not shed," Dervis Eroglu said in the port city of Girne in the Turkish Republic of Northern Cyprus.

He underlined that the reason for peace in the region today was the presence of Turkish troops.

The Greek Cypriot administration suspended the talks over the divided island on October 7, 2014 after Turkey sent a ship to monitor an oil-and-gas exploration mission off the coast of Cyprus.

Cyprus has remained divided into Greek and Turkish parts since a Greek Cypriot coup was followed by a Turkish peace mission to aid Turkish Cypriots in the north in 1974.