Davutoğlu urges US Muslims to unite against Islamophobia 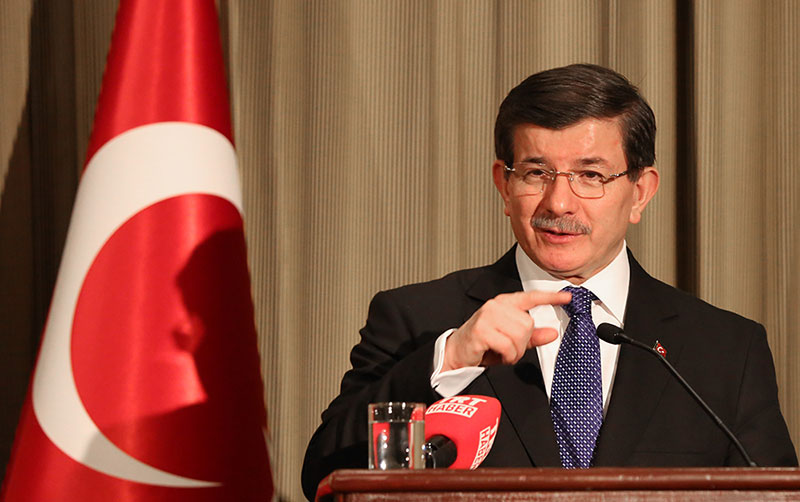 by Anadolu Agency Mar 05, 2015 12:00 am
Turkish Prime Minister Ahmet Davutoğlu has called on U.S. Muslims to make common cause against Islamophobia and racism.

Davutoglu concluded the first day of his New York visit with an address to representatives of Turkish associations in the U.S. at the Waldorf Astoria hotel in Midtown Manhattan on Wednesday.

He urged the 190,000-strong Turkish community in the U.S. not only to raise a common voice on issues related to Turkey's interests but also to act in unison with Muslims and others in defending human rights on matters related to discrimination and racism.

He also criticized the international community for being silent on the murder of three Muslim students in the U.S. state of North Carolina last month.

"Did the murder of these young Muslims spark the same amount of outrage as the Charlie Hebdo attack in Paris had done? Following that attack, I attended the march in Paris to oppose it and stand in solidarity with the French people. But, which heads of state were present at the funeral of these three innocent young Muslims?" Davutoğlu asked.

The family of the victims branded the incident a hate crime, and Muslim advocacy groups urged authorities to examine a possible bias motive for the killings.

"If the U.S. is to retain its pluralist character, if the American citizenship is to protect its quality of being a symbol of certain liberties, this type of discriminatory and racist attitudes should not take root in American soil," Davutoğlu said.

At the end of his speech, the prime minister called on the Turkish community to "defend shared humanitarian values shoulder to shoulder, together with other Muslim Americans and those who are against racism."