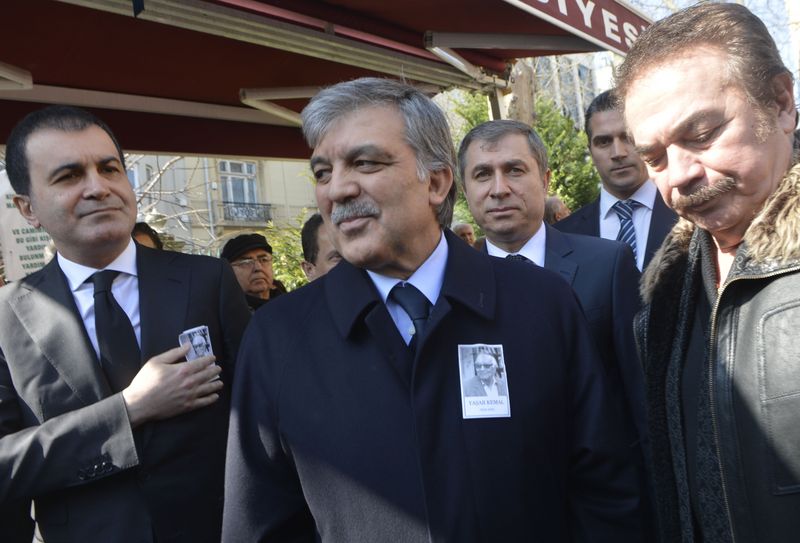 by Daily Sabah Mar 06, 2015 12:00 am
Turkish Prime Minister Ahmet Davutoğlu said on Friday that he would be honored if former President Abdullah Gül decides to return to active politics in the ruling AK Party.

Answering a question whether Gül would be AK Party candidate in the upcoming parliamentary elections, Davutoğlu said "That kind of decision can only be taken by Gül himself but he does not even need an invitation for this. Whenever he wishes, the doors of the AK Party are always open to him."

Earlier today, President Erdoğan also said that running in the parliamentary elections was up to Gül but such decision would be very positive for the country.

Deputy PM Bülent Arınç was also one of the politicians who commented on Gül's possible comeback.

"Gül is a very successful politician and I will greet his return with respect," Arınç said.

When asked about Gül's position should be if he returns to politics, Arınç replied that if he would not be a prime minister, he could become parliament speaker.

"If he becomes a parliament speaker, the parliament will win, politics will gain prestige and Turkey will win," Arınç said.

Gül, as one of the founders of the AK Party, has repeatedly made remarks supporting both Prime Minister Ahmet Davutoğlu and President Erdoğan, and said that if he returns to politics he would take part in AK Party for active politics.