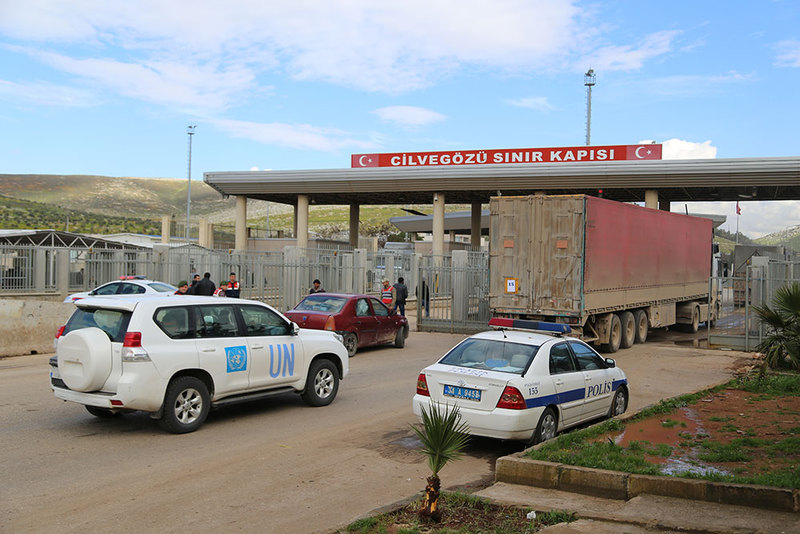 by Daily Sabah Mar 11, 2015 12:00 am
Turkey has closed its Cilvegözü and Öncüpınar border gate crossings with Syria and tightened security at its borders for safety reasons.

Tensions have been running high in Turkey's neighboring Syria which first surfaced with the civilian war in 2011, and continued apace with the rising threat from the self-proclaimed Islamic State of Iraq and al-Sham (ISIS) which took control of parts of Syria and Iraq. The Assad regime, which has killed thousands of civilians in the war-torn country, is deemed the main reason for the emergence and rise of the threat of ISIS in the region.

The two dangers that linger in Syria and Iraq have forced thousands of refugees to avail themselves of the shelter of other states and Turkey has been taking the lead in hosting the refugees, whose number is now nearing two million.

Turkey has also been part of a coalition formed to fight against the ISIS threat in the region. Turkey has reiterated at every chance that the elimination of the ISIS threat in the region is only possible by ousting the Assad regime as well. Although the U.S, which is also part of the coalition, has given a cold shoulder to the matter, it has recently come to realise that Assad should have also been targeted. Ankara has also made it clear that a safe zone and a no-fly zone should be established for security reasons.