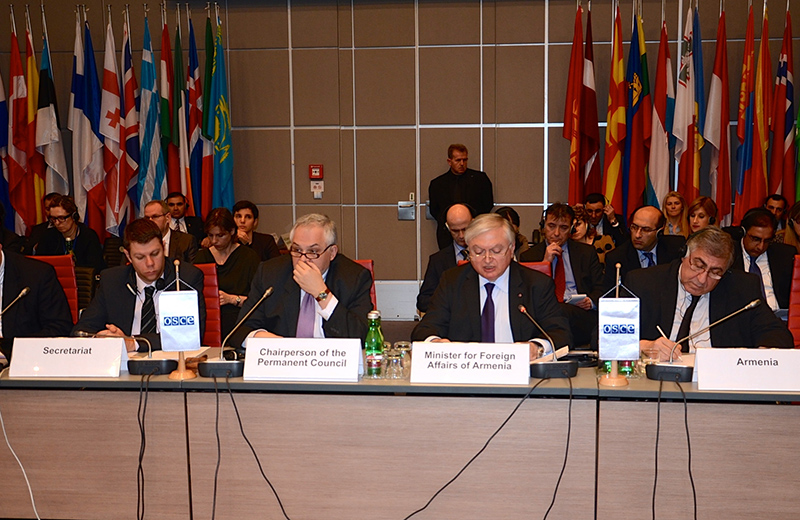 by Anadolu Agency Mar 12, 2015 12:00 am
Describing the events of 1915 as "genocide" does not agree with international law or logic, said Ambassador Tacan İldem, Turkey's Permanent Representative to the Organization for Security and Co-operation in Europe, or OSCE, on Wednesday.

"Turkey is ready for academic research into the 1915 events, and has called for a joint history commission," İldem said.

İldem pointed to the fact that "the tragic outcomes of the WWI" is still a matter of debate today between Turks and Armenians, who he said have lived in peace for hundreds of years.

"The reason is the difference between individual narratives and national narratives," he said.

Turkey's official position against the "genocide" allegations is that they acknowledge that the past experiences were a great tragedy and that both parties suffered heavy casualties, including hundreds of Muslim Turks. Turkey agrees that there were certainly Armenian casualties during World War I, but that it is impossible to define these incidents as "genocide."