Turkey has become a role model for school safety 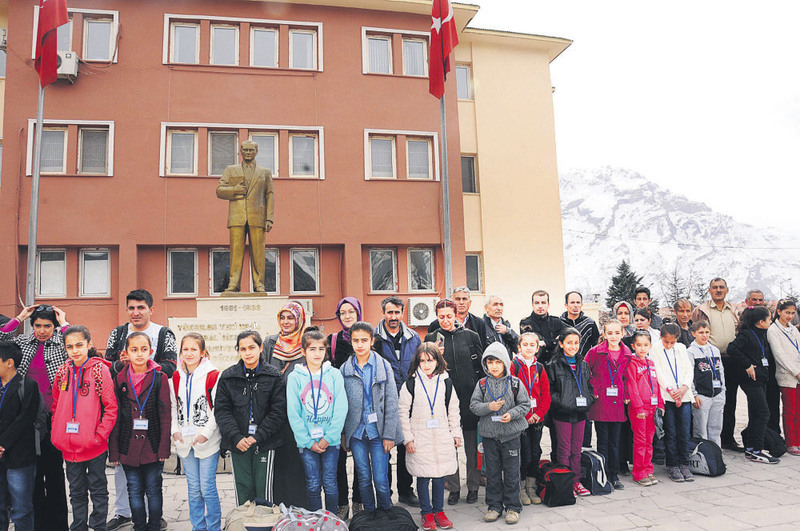 by Ali Ünal Mar 15, 2015 12:00 am
Turkey's road map for safe schools that was presented at the third U.N. World Conference on Disaster Risk Reduction (WCDRR) in Sendai, Japan, was accepted by 193 U.N. member countries. Thus the project, Roadmap for the Worldwide Initiative for Safe Schools, From Istanbul to Sendai and beyond, became a model for all the countries in the world.

Speaking at the formal launch of the Worldwide Initiative for Safe Schools (WISS) on Sunday Dr. Fuat Oktay, president of the Prime Ministry Disaster and Emergency Management Authority (AFAD) said that Turkey pledges that by 2018, all schools in Turkey will be safe learning facilities.

In his speech Oktay underlined that over the past 15 years the Turkish authorities have successfully retrofitted 70 percent of the country's existing schools and ensured that new facilities are earthquake resistant. Given that tougher planning rules came into force eight years ago, the government is also carrying out thorough checks on all schools that were part of the program between 2000 and 2007. The process will be completed by 2017, Oktay said.

WISS is a government-led multi-stakeholder initiative that serves as a unique global partnership framework for advancing safe school implementation at the national level. In the last year Turkey hosted the first meeting of Safe School Leaders in Oct. 30-31, 2014 in Istanbul with the participation of 16 countries. During the meeting, these governments committed to implement a comprehensive school safety program that addressed education policy and practices aligned with disaster management at national, regional, district, and local school site levels.

Turkey is a country on major earthquakes faults and, according to statistics from the last century, earthquakes caused more than 110,000 deaths, 250,000 hospitalizations and 600,000 destroyed housing units across the country. In 2000, Turkey launched a landmark program to protect schools from future disasters.

With Turkey's vows to make all 80,000 of the country's schools disaster-proof by 2018, the country became a key mover and a role model behind WISS.

Deputy Prime Minister Numan Kurtulmuş delivered a keynote speech at the working session on Commitments to Safe Schools on the occasion of the third U.N. World Conference on Disaster Risk Reduction (WCDRR) in Sendai, Japan on Saturday.

Drawing attention to Syrian refugees in Turkey, he stressed that school safety in Turkey is not only related to Turkish children, but also to the children of the nearly 2 million Syrian refugees in Turkey who are the victims of a man-made disaster. "Our government and society are well aware of their humanitarian responsibility and are doing everything necessary to keep them safe and secure. I believe that the individual efforts of Turkey and other neighboring countries are critical. But the situation does require a fundamental solution to the Syrian crisis. Hence, I urge the international community to provide a strong political perspective to end this humanitarian disaster," he said.