Collapse of US policy in Syria as Assad continues massacres 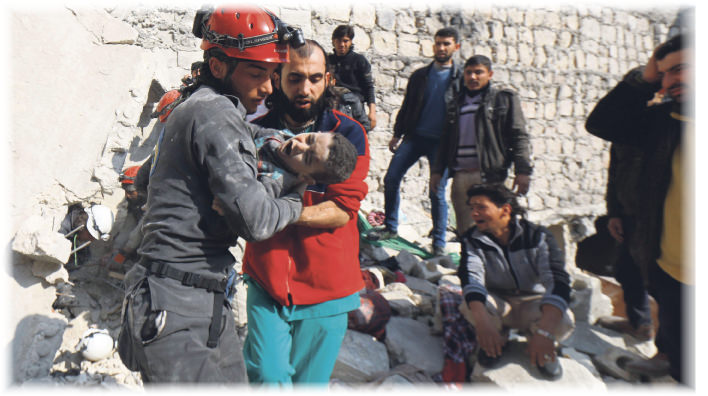 U.S. efforts to resort to engaging Assad to cover the bankruptcy of its Syria policy is rejected by Western allies and Turkey, with Foreign Minister Çavuşoğlu rejecting any deal with Syria’s bloodthirsty tyrant

Turkey, which has maintained the stance it adopted at the onset of the Syrian civil war that the regime of President Bashar Assad should be removed in order to restore peace in Syria, has strongly disagreed with the idea that Assad should be brought to the negotiating table. In response to U.S. Secretary of State John Kerry's recent remarks that the U.S. will have to negotiate with the Assad regime to end the civil war, Foreign Minister Mevlüt Çavuşoğlu said that a diplomatic approach to the matter would bring no gains as he said there is nothing to negotiate with a regime that has "killed over 200,000" civilians.

Kerry's recent remarks that the U.S. will have to negotiate with Assad has revealed signs of discord once again between the U.S. and Turkish governments regarding their stance on Assad, which Turkey has always branded as the seed of atrocity and chaos in Syria. Çavuşoğlu reiterated on Monday that Assad is the main cause of all problems in Syria and that there is nothing to be negotiated with him.

"What is there to negotiate with Assad? What do you have to negotiate with a regime that killed more than 200,000 people and used chemical weapons? What conclusion has been reached out of negotiations?" Çavuşoğlu asked during his visit to the Cambodian capital Phnom Penh.

Çavuşoğlu's statement came as a reaction to Kerry's remarks, which were a manifestation of the U.S's sustained will of sitting at the negotiating table with Assad to talk over a political transformation in Syria, instead of fighting against it. The U.S, which has displayed considerable reluctance to take a stand against the Assad regime except on a political platform while fighting against the Islamic State of Iraq and al-Sham (ISIS), which still controls large parts of Syria and Iraq, has been consistently called on by Turkish authorities to oust Assad to remove ISIS from the region.

However, the U.S government, which leads the anti-ISIS coalition, has chosen to only fight against ISIS, excluding Assad, who has killed tens of thousands of civilians, and is leaning toward diffusing the crisis with diplomatic efforts. Pushing Assad to make a deal for a transition in Syria is how the U.S. aims to solve the issue.

Speaking in an interview with CBS News, Kerry said: "We have to negotiate in the end." He added: "And what we're pushing for is to get [Assad] to come and do that and it may require that there be increased pressure on him."

Çavuşoğlu also underscored that there are two problems in Syria that needs urgent solution one of which is eliminating ISIS and all other terrorist groups the other being ousting the regime in order to implement regime change.

Violence has been rampant in Syria, first surfacing with the beginning of the civil war in 2011 and continuing with the rise of ISIS, which has taken control of parts of Syria and Iraq. The Assad regime, which has killed thousands of civilians in the war-torn country, is deemed by the Turkish government to be the main reason for the emergence and rise of ISIS in the region.

These two lingering dangers in Syria and Iraq have forced thousands of refugees to seek safety and shelter in neighboring countries. Turkey, which has been taking the lead in hosting refugees, whose numbers now near 2 million, is vulnerable to possible infiltration, which has prompted the government to increase security at its borders.